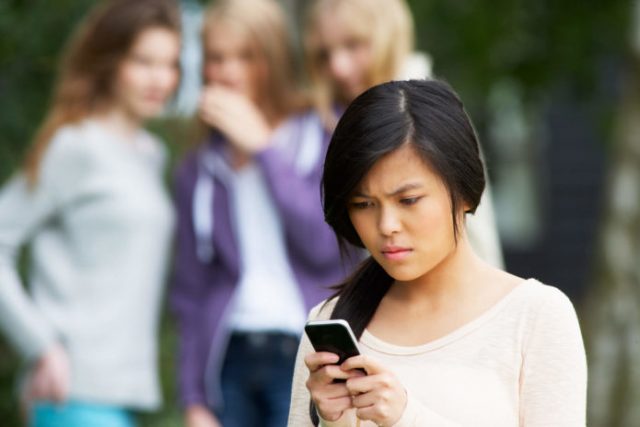 Cyberbullying, also referred to as electronic bullying, refers to the act of threatening, harassing, badmouthing, or humiliating someone through digital means. As with other forms of bullying, it can poison the victim’s life, well-being, and not to mention, reputation.

Notable cases such as those involving Rehtaeh Parsons, Amanda Todd, and Rebecca Ann Sedwick indicate just how devastating cyberbullying can be. After all, all three of them ended up taking their own lives!

According to DoSomething.org, those who experience cyberbullying are 2 to 9 times more likely to contemplate committing suicide. Moreover, what’s worse is that only 1 in 10 victims let a parent or trusted adult know of their abuse.

If your child is exhibiting anxiety or anger after using the Internet, it could be because they’re being cyberbullied. Since the cybercrime is becoming increasingly common, now is the right time to learn how to protect your children against it.

So, here are some practical steps to help you get started:

1. Accept that your child has an online life

Unlike adults, there’s often a large overlap between the online and offline lives of youngsters. This has much to do with parents today restricting their kids’ more from socializing in the offline world, leaving them with no other option but to do most of their socializing activities online.

Given the importance of technology to children, asking them to “delete your Facebook account” or saying “nobody wants to know what’s on your mind” will most likely be met with raised eyebrows.

If your child has fallen victim to cyberbullying, keeping them from accessing the Internet – even as a safety measure – might cause them to feel further victimized. This will reduce their chances of informing adults about any incidents in the future.

2. Lay down clear rules for Internet use

Unfortunately, many parents don’t establish rules when it comes to what their children are allowed and not allowed to do online. As simple as it may seem, setting rules for online interaction is actually one of the most effective ways of protecting your children from cyberbullying, according to a research.

Moreover, they’re less likely to cyberbully someone else when they know that their parents won’t tolerate such behavior and will punish them for it.

Other research indicates that the more time youngsters spend online, the higher the risk of cyberbullying. Therefore, you’re also better off limiting the on screen time for your children – the number of allowed hours will differ based on their ages!

It’s the responsibility of parents to teach their children how to be respectful and use manners online, much in the same way they teach them how to behave offline. Good netiquette will also play an important role in reducing cyberbullying behaviors.

Behaving responsibly and positively online is a skill that children need to be taught – asking them to be smart and hoping for the best will get you nowhere!

It can be difficult for most parents to stay updated with the latest trends in technology as new apps and social networking sites are popping up every day. By embracing these innovations though, parents can learn from their children about their favorite apps and sites.

4. Keep an eye on online activities

However, only a few actually take the time to ask these types of questions when their children are going online. “What sites are you visiting?” or “Who are you chatting with?” are some examples of what we’re talking about here.

There’s research that has found parental mediation to vastly decrease children’s risk of being cyberbullied. With technology becoming more portable, the importance of parental monitoring cannot be emphasized enough.

Lastly, if your child has become a victim of cyberbullying, you should alert school officials and the parents of the bully right away. The perpetrators need to be reminded that such actions aren’t without consequences, and every person has the right to live without fear.

If you’ve made it this far, we’d like to draw your attention towards a worthy cause. Safer Internet Day 2019 is almost here, and PureVPN has partnered with the UK Safer Internet Center to celebrate the global initiative and all that it stands for.

The Hong Kong-based VPN provider has published an in-depth resource containing 70 Internet Safety tips to follow, including those to prevent cyberbullying. They’re also giving away 10 monthly VPN accounts for free to whoever participates in their SID 2019 campaign.

Play your part and make a difference now!