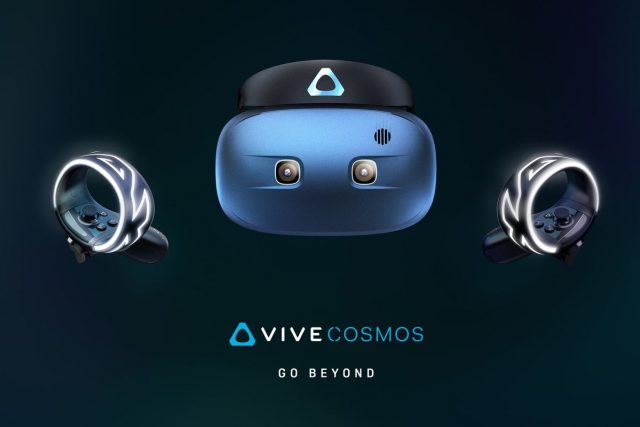 HTC is one of the world’s leading companies when it comes to VR (virtual reality) technology and therefore, no one should be shocked to find out that HTC’s panel at CES 2019 was used to show off the company’s latest VR innovations. Analysts all over the world predict that 2019 is going to be the year when VR technology takes off and HTC wants to make sure that it’s Vive headset is the device that everyone will buy.

With that being said, HTC revealed lots of updates that the Vive platform is going to receiving during the upcoming future and all the features and software tweaks that those updates are going to bring. The first subject that HTC touched on was the all-new Cosmos hardware. This headset is going to feature HTC’s own in-house developed eye-tracking system that will be launched in an update for the Vive Pro called the “Vive Pro Eye”.

Adding eye-tracking to VR headsets is the next step towards improving the already impressive immersive experiences that VR headsets offer. On the downside of things, we are going to have to wait a little longer until we can get our hands on the Vive Pro Eye since HTC said that it plans to release it in Q-2 2019. In addition, the Cosmos update will also be released later this year.

As if the new eye tracking technology was not impressive enough, HTC decided to also reveal Viveport Infinity. This is a subscription gaming package that is going to give users access to lots of games. The subscription package will work similarly to Microsoft’s Xbox Game Pass and it will be available for purchase starting April 5th. Unfortunately, HTC didn’t announce how much Viveport Infinity will cost.