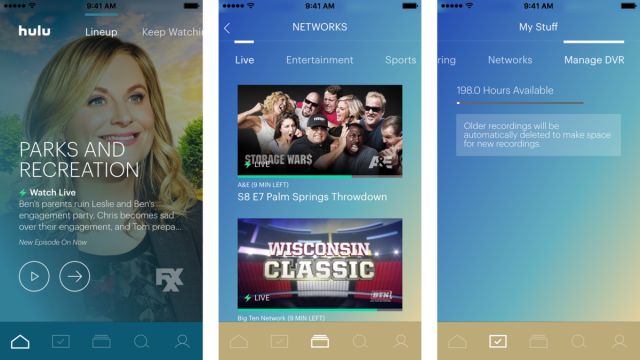 Even though Netflix is the most popular streaming service in the world, Hulu is not that far behind. Not just that, but Hulu has been doing its best during the last year to advertise its services by hiring A-list Hollywood celebrities such as Joe Manganiello and Sofia Vergara among others. Well, things don’t end here because Hulu attended CES 2019 and decided to announce that the iOS and Android versions of the streaming service are going to be completely redesigned in order to make it easier for people to find their favorite shows and movies.

Hulu Wants to Change Everything

Hulu’s UI (user interface) is currently presented in a lineup format, but this just won’t cut it anymore. Jim Denney who is Hulu’s new Vice President of Product attended CES 2019 and he made the following the statement: “Lineup is confusing. Lineup, the way it is today, is a combination of editorial picks and recommendations…that combination of things is not as effective as we’d like to be”.

The Hulu Vice President of Product went to say that the iOS and Android versions of the streaming service are going to receive a design overhaul. “I think you should expect to see the UI continue to evolve. We’ll make modifications based on what we’ve learned. We’ll continue to make  changes in the UI and make changes to the way we do our recommendations. The mission is to make sure people appreciate the amount of content they have access to without being overwhelming. This home redesign is an ingredient in that,” added Jim Denney.

From the looks of it, Hulu is ready to take things to the next level so that it can keep competing against Netflix and maybe get the upper hand in this rivalry. We have to give it to Hulu for being willing to take a risk and redesign its entire homepage.