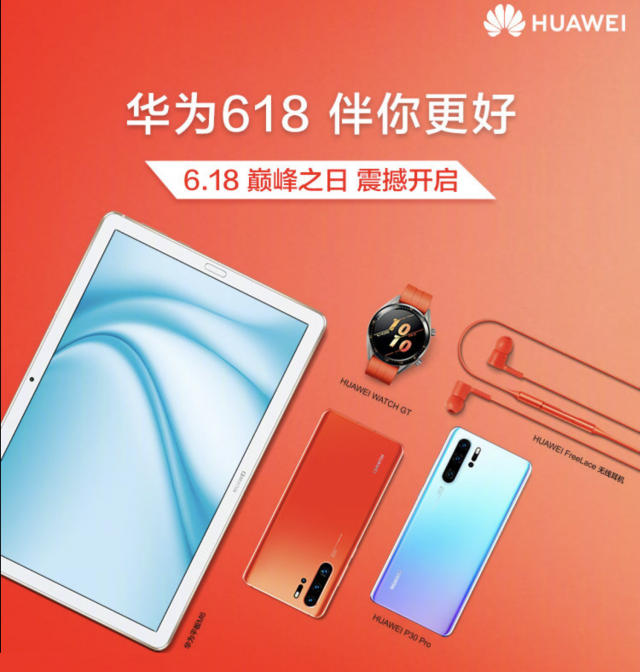 The latest news about Huawei have not been that good. Due to the community backlash, it was revealed that the Chinese based tech giant has started selling “real-estate” from the lock screen of its smartphones to advertisers. As you can clearly imagine, Huawei fans didn’t like this because they paid a full price for the smartphone and they don’t want to see ads every time they open their smartphones.

On the bright side of things, we now have something better to report about Huawei. A new press render has surfaced on the web which shows that Huawei is planning to launch a handful of powerful devices, including a tablet. The interesting thing here is that this is the first time that we are seeing the tablet.

From what we can tell, the Chinese based tech giant is planning to launch the next-gen MediaPad M6 tablet alongside the new Nova 5 smartphone. The smartphone is scheduled to launch on June 21st which means that Huawei is officially going to reveal the tablet during the upcoming days.

Thanks to the leaked picture, we can tell that MediaPad M6 will feature a big display that is surrounded by slim bezels. Moreover, the tablet will feature a single rear camera and a USB Type-C port where users can plug in their charger or any other type of accessories.

The last thing that we want to mention about MediaPad M6 is that the tablet will be powered by A Kirin 970 CPU and that it will feature a fingerprint scanner.