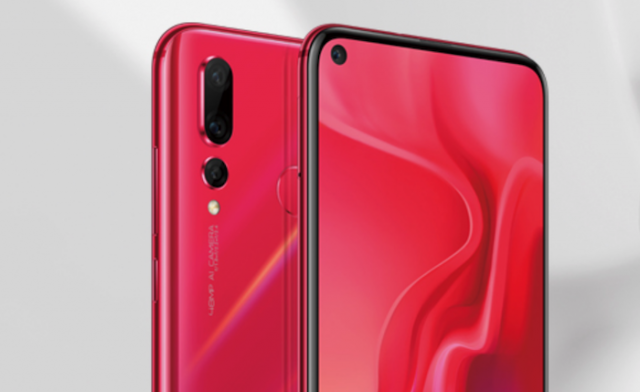 We talked about Huawei Nova 4 a couple of weeks ago when the smartphone’s press render was leaked. The press render showed to everyone that Samsung is not going to be the first tech company to use a “punch-hole” display and that Huawei will get a head start with Nova 4. Fortunately for us and other smartphone fans, Nova 4 has just been spotted on GeekBench. This means that the smartphone is ready to launch and that Huawei is currently adding the finishing touches.

Right from the start, the first thing that we need to mention is that once a smartphone arrives on GeekBench, the device usually gets launched during the upcoming weeks. Tech companies use GeekBench to test out the performances of their new smartphones and Nova 4 is the latest smartphone to be spotted there. With that said, let’s see how well Nova 4 did on the benchmarking website.

Nova 4 is going to be a high-end flagship smartphone that will be powered by an octa-core HiSilicon Kirin 970 CPU. This CPU clocks at 2.4GHz and it’s bundled with a Mali-G72 MP12 graphics processing unit alongside 8GB of RAM. Therefore, no one should be surprised to find out that Nova 4 crushed all the performances tests on GeekBench. 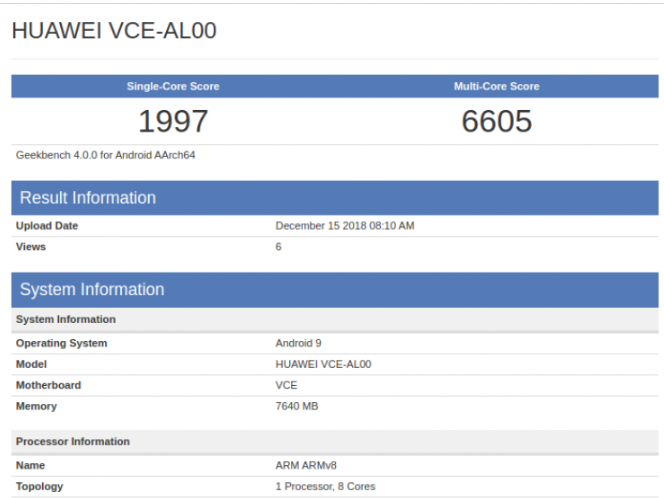 The smartphone scored a whopping 6,605 points in the multi-core test and 1,997 points in the single-core test. These results are impressive and they show us that Nova 4 will be powerful enough in order to deserve the title of being Huawei’s next-generation flagship smartphone.

Before we sign off, we should also mention that Nova 4 will ship with a massive 6.4-inches display that uses IPS LCD technology. The great thing about Nova 4’s display is the fact that it ships with a “punch-hole” design that makes it look spectacular.