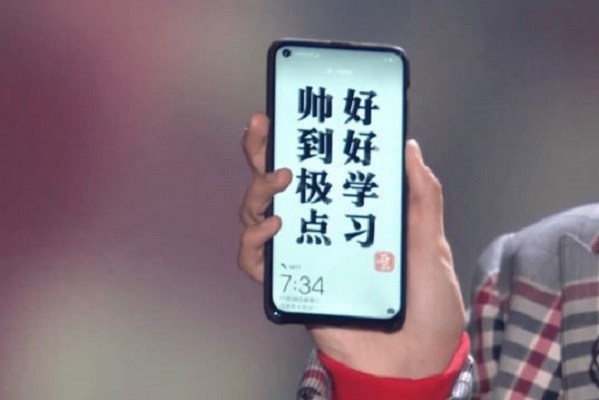 Apple started a new trend in the smartphone industry when it launches iPhone X back in 2017. iPhone X shipped with an innovative display that features a top-notch and all other tech manufacturers felt forced to replicate this design on their flagship devices. Samsung was the only company that decided to not follow in Apple’s footsteps and stick with its own design instead. Not just that, but a recent leak revealed that Samsung has finished designing its own innovative Infinity-O display that looks much better than the one Apple uses.

The Samsung leak revealed that there is a new display that companies can use in order to compete against the likes of Apple. Considering that Huawei is competing directly against Samsung and that its primary goal as a company is to become the world’s “biggest smartphone manufacturer”, no one should be shocked to find out that Huawei has announced its new smartphones will also ship with a display that features a punch hole (similar to Infinity-O).

Even though Huawei announced that it will not hesitate to use a display that looks just like Samsung’s Infinity-O, the Chinese based tech giant didn’t reveal which of its smartphones will be equipped with this display. Luckily, Huawei started teasing today that the new display will be used on a smartphone that will launch in December. Therefore, we believe that Nova 4 might be the ‘culprit’.

We should also mention that a leaked press render of Nova 4 has surfaced on Weibo (Chinese version of Reddit) and it makes it clear that Nova 4 will be Huawei’s first smartphone to ship with a cutout display.

Nonetheless, this is great news for smartphone fans because it means that they have more options to pick from when it comes to buying a new smartphone and they are not forced to stick with Samsung.