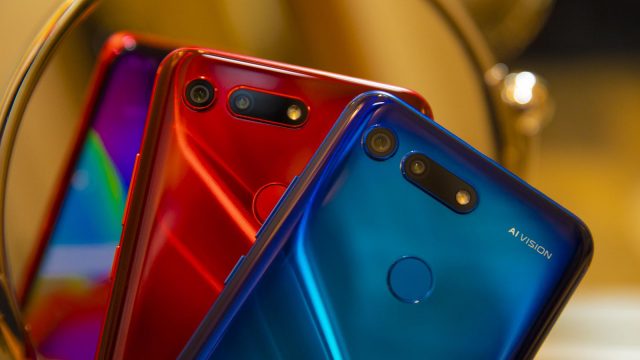 Huawei once stated that its primary goal as a company is to become the world’s biggest smartphone manufacturer. Everyone doubted Huawei, but the Chinese based tech giant has managed to become the world’s second largest smartphone manufacturer, sitting right behind Samsung. Therefore, Huawei has made it its top priority to defeat Samsung in 2019 and it plans on doing this by releasing Honor View 20.

Even though Samsung’s Galaxy S10 is the most anticipated smartphone of the year, Huawei’s Honor View 20 might have what it takes to defeat Galaxy S10. Honor View 20 ships with lots of innovative features that give it an edge over its competition and Samsung really needs to up its game if it wants to keep its title as the world’s biggest smartphone manufacturer.

Huawei Involvement with the US Market

The only reason why Huawei has not been able to defeat the likes of Samsung and Apple in terms of units sold is because of its problems with the US market. Huawei has been having issues when it comes to launching its smartphones on the US market because the company was accused of spying for China.

Fortunately, this isn’t the case and Huawei is now making deals with all of biggest carriers and retailers in the US. Therefore, Samsung has something to fear in 2019.

From the looks of it, Samsung is going to have a difficult time competing against Huawei in 2019. However, Samsung still has a “Hail Mary” that it can throw at any times. The “Hail Mary” that we are talking about is the foldable Galaxy F which is expected to launch this year. This smartphone is so innovative that tech fans all over the world are going to be interested in it and Galaxy F will help Samsung keeps Huawei at bay.