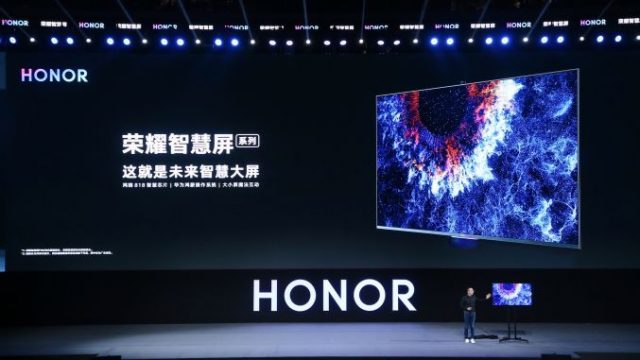 We reported last week that Huawei has revealed its new operating system called Harmony. This operating system is going to be the replacement for Google’s Android and the Chinese based tech giant has already used it on a brand-new smart TV. This is the debut of the operating system and it will also be used on Huawei’s smartphones during the upcoming future.

As many of you might know already, the Trump US Government has banned Google from selling its software services to Huawei. This means that Huawei smartphones which are sold in the United States will no longer run on Android and fortunately for Huawei fans, the Chinese based tech giant was expecting this to happen and it has been working on Harmony during this past couple of years.

The operating system which is also known as HongmegOS has now been launched on a 55-inch smart TV called Honor Vision. The smart TV is priced at $538 and Huawei fans who want to check out what the new operating system looks like can buy the new smart TV during the upcoming months.

Richard Yu is the head of Huawei’s consumer business and he said that Harmony will take at least one to three years before it launches on all existing Huawei devices. Right now, Huawei is planning to use Harmony on smart TVs, wearables and all other types of smart home products.

In case there are some Huawei smartphone fans who are worried that Google’s Android operating system might be disabled during the upcoming future, then they should be happy to know that Huawei is ready for this to happen. “If we are not able to use the Android operating system, then we can activate Harmony anytime,” added Richard Yu.