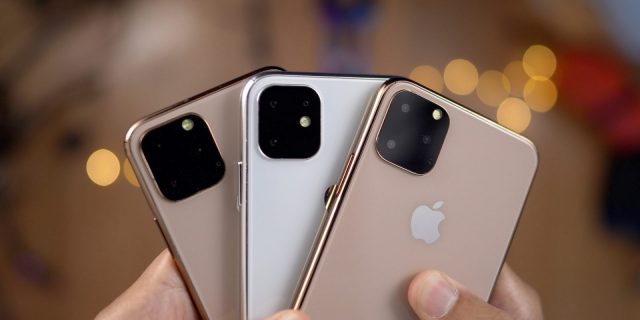 Apple is scheduled to host a big event in September where it will reveal the much anticipated iPhone 2019 lineup. There have been a handful of leaks that gave us an idea of what to expect from the next generation iPhones but now, the folks at MacRumors are saying that Apple is preparing something truly special for the September event. According to the new leak, Apple is going to launch an enhanced edition of iPhone 11 that will be called ‘iPhone 11 Pro’.

The first thing that we want to mention about the new iPhone 11 Pro leak is that it comes from a mystery Twitter account called “CoinX”. The reason why everyone the leak presented by this mystery account is making headlines all over the internet is because the Twitter account has predicted many upcoming Apple products during this past couple of months such as the naming of iPhone XS, XS Max and XR before anyone else had any idea of what they will be called.

It makes sense that Apple would launch a Pro edition of the next generation iPhone. The reason behind this is that this wouldn’t be the first time that Apple does that. Think of the ‘S’ variants of iPhone 4S and 6S for example.

Not just that, but even Huawei and Samsung are always launching enhanced editions of their flagship smartphones. In addition, Apple is going to be able to make iPhone 11 Po the most expensive smartphone available in 2019.

Nonetheless, Apple will launch three new iPhones in September. They will feature the following display measurements: 5.8-inches, 6.1-inches and 6.5-inches OLED. However, the highlight feature that the new iPhones will have to offer is their triple-lens camera setup that is mounted on the rear side on a square-like position.