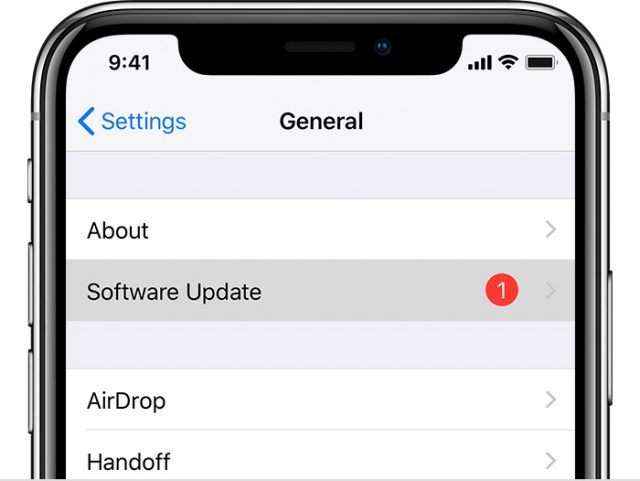 Even though it’s been less than two weeks since Apple rolled out the latest significant update for iOS, the Cupertino based tech giant has already released a new update. The update sports the iOS 12.1.2 version number and it can be downloaded on iPhones and iPad starting today.

The new update doesn’t introduce any new features, but this doesn’t mean that it’s not our attention since maintenance updates are always welcomed because they introduce important bug fixes and software tweaks.

The first issue that the new update will fix is related to an eSIM bug. This bug causes issues on Apple’s iPhones XS, XS Max and XR and it doesn’t let the devices activate the eSIM. Fortunately, iOS 12.1.2 takes care of this problem.

Furthermore, Apple announced that the new update will also remove “an issue that could affect cellular connectivity in Turkey” for the company’s latest iPhones.

How to Get The New Update

The update is being rolled out OTA (over the air) and a notification should appear on the iPhone or iPad anytime now. However, Apple fans who don’t want to wait anymore can always manually trigger the update by following the next steps Settings – General – Software – Update – Tap on “Download and Install”.

We should mention that this update doesn’t just introduce bug fixes, but it also takes care of a serious problem. Qualcomm has accused Apple of infringing two of its patents in China and Qualcomm has asked the Chinese government to ban iPhones from going on sale in the Chinese market.

Apple promised that iOS 12.1.2 is going to take care of the patent infringement issue. However, it doesn’t seem like this actually happened. You can read more about this topic in this report.