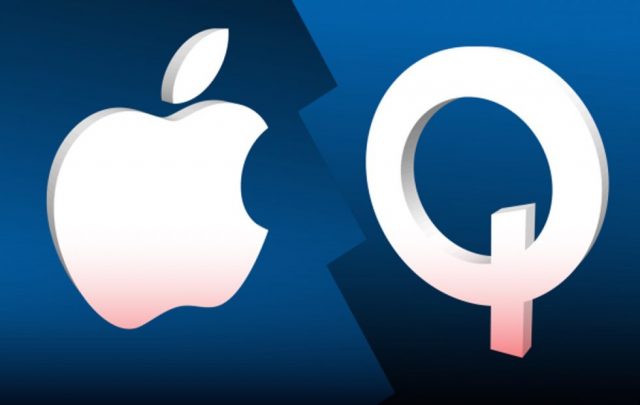 The last time that Apple made headlines was one week ago when the Cupertino based tech giant was accused by Qualcomm for infringing two patents in China. The Chinese government agreed that Apple’s iPhones should be banned from China, but Apple moved quickly and released a new software update that took care of the infringed patents problem. Well, things don’t end here because Qualcomm says that the new software update doesn’t fix the problem.

“Despite Apple’s efforts to downplay the significance of the order and its claims of various ways it will address the infringement, Apple apparently continues to flout the legal system by violating the injunctions,” said Don Rosenberg who is Qualcomm’s General Counsel. “They are legally obligated to immediately cease sales, offers for sales and importation of the devices identified in the orders and to prove compliance in court,” added Don Rosenberg.

iPhones are Still On Sale

From the looks of it, Apple doesn’t really care about the accusations made by Qualcomm because iPhones are still on sale in China. We should also mention that Apple didn’t release a statement last week in order to clear this situation. Apple didn’t even bother to let the media know why it doesn’t believe that Qualcomm is right or what are the company’s thoughts regarding the China ban.

As we already mentioned in earlier reports, Apple and Qualcomm have been competing and fighting over lawsuits for a couple of years now. Therefore, Qualcomm is not going to give up anytime soon and it will rally China’s government to ban iPhones from going on sale.