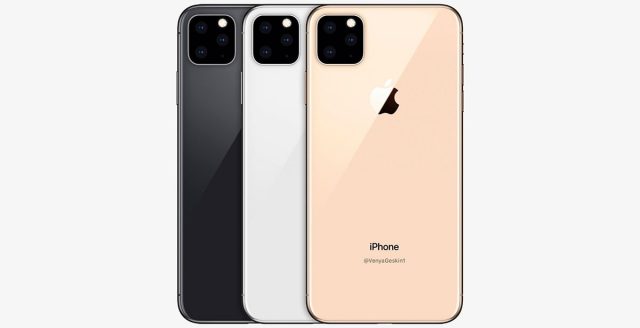 Even though the internet is flooded with leaks about Samsung and Google’s smartphones, Apple fans are not too lucky. Apple knows how to keep a secret and the Cupertino based tech giant is always doing all in its power in order to launch its iPhones by surprise. On the bright side of things, we can always rely on Ming-Chi Kuo to inform us of the innovative features that Apple’s next-gen iPhones will have to offer.

Ming-Chi Kuo is a renowned analyst who has a good track record of predicting Apple’s every move. The analyst seems to be one step ahead of Apple every time he releases a report and this time, the analyst is bringing some rather interesting news about the next-gen iPhones. With that said, let’s check out what the analyst has to say about Apple’s 2019 iPhone lineup.

“We forecast the camera upgrade will be one of the new 2H19 iPhone’s major selling points. Critical spec upgrades are as follows. (1) Rear cameras of 6.5-inch OLED, 5.8-inch OLED, and 6.1-inch LCD will likely upgrade to triple-camera and dual-camera, respectively. A super-wide camera will be newly adopted by the triple-camera system, which is equipped with the 12MP/1um CIS provided exclusively by Sony. (2) The front camera of all three new iPhone models will likely upgrade to 12MP CIS+5P lens (vs. current 7MP CIS+4P lens),” said Ming-Chi Kuo.

As we all know, iPhones are some of the most camera-centric in the world. From the looks of it, Apple is betting all it has on the camera setups of its next-gen iPhones because this will be the department that is going to see the biggest improvements in 2019. Nonetheless, do you think that the new cameras are worth upgrading to a 2019 iPhone?