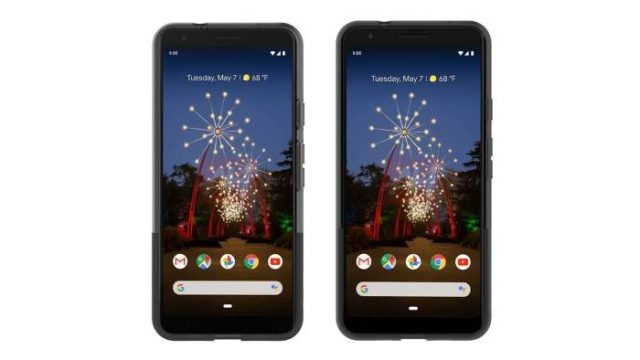 We reported earlier this week that the official pricing and May 7th launch date of Google’s next-gen Pixel 3a and Pixel 3a XL have been leaked. However, today we have something even better. A picture that reveals the design of the two pure Android smartphones has leaked on the web and today we are going to take a better look at the picture in order to see what features we can spot.

Pixel 3a and Pixel 3a XL

The first thing that we want to cover is that the two new Pixel smartphones are expected to be affordable devices that fit in the mid-range market. Therefore, no one should be surprised that they don’t ship with full-screen displays as the likes of Galaxy S10 and iPhone XS do.

We have to note that the leak was posted by the case maker “Spigen” and this gives credibility to the leak since this company makes some of the world’s best smartphone accessories.

Nonetheless, the two smartphones don’t look that amazing and there isn’t any kind of features to make them stand out. From the looks of it, Google’s high-end Pixel 3 and Pixel 3 XL are not selling that well and the Android parent is hoping that these mid-range smartphones will appeal to a new range of customers.

Even though the two smartphones don’t feature a full-screen display or other types of impressive features, they will still cost quite a lot. According to a previous leak, Pixel 3a will cost $649.99 and the bigger Pixel 3a XL is going to cost $799.99.

Truth be told, the two smartphones are cheaper than what Apple and Samsung are charging for their flagship smartphones, but they are not affordable by any means. Google might have problems selling them.