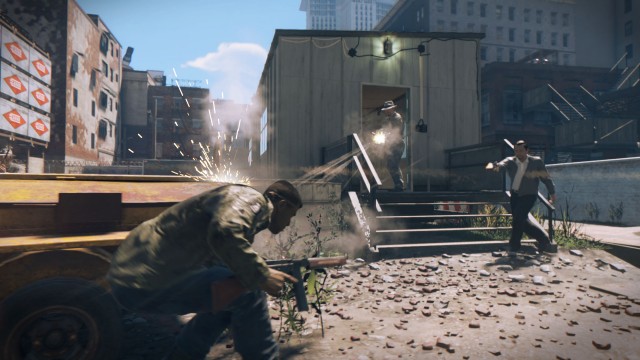 According to rumors, Hangar 13 is presently working on Mafia 4, and the game is expected to be based on Unreal Engine 5. Grand Theft Auto-style open-world criminal series follows a diverse cast of characters as they investigate organized crime in the early 20th century. Definitive Edition of Mafia: Definitive Edition was released in 2020, but now it is believed that there will be a new full-fledged fourth game in the series.

Kotaku claims that Hangar 13 is working on Mafia 4, which is currently in its early stages of development. The resignation of studio head Haden Blackman and chief operating officer Matthew Urban to follow his passion at a new project has prompted this development. Kotaku believes that Hangar 13 is presently refocusing on the Mafia series in order to make Mafia 4. The developer has not officially announced the title, though. Unreal Engine 5 is supposed to be used in the development of the fourth episode, which is expected to be overseen by new studio chief Nick Baynes. According to reports, Mafia 4 will be a prequel to the first three games in the series, placing it in the early part of the twentieth century.

This series’ open-world format was introduced by Illusion Softworks’ 2002 release of Mafia: The Golden Age of Organized Crime. A 1930s-era city called Lost Haven is the setting for the first game in the series, which puts players as cab driver-turned-criminal Tommy Angelo. Vito Scaletta, a combat veteran and gangster, appears in Mafia 2, which takes place in the fictitious city of Empire Bay. Mafia 3’s development was moved to Hangar 13 and took players back to the 1960s in the New Bordeaux setting, which was inspired by New Orleans. Mafia: Definitive Edition complicates the sequence in which to play the Mafia games, although each game is numbered, since it mentions the second and third chapters in the series.