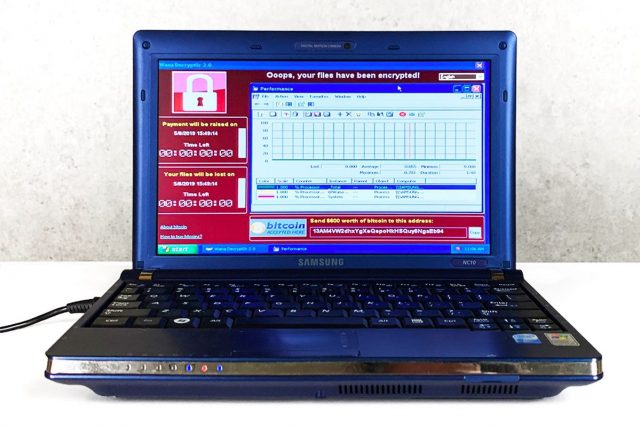 Even though most people would do their best to stay away from laptops which have malware and viruses installed on them, some people would pay millions for that. Don’t believe us? Well, an unnamed man has paid $1.345 million dollars at an auction in order to purchase a laptop called “The Persistence of Chaos”. What makes this laptop special is the fact that it has installed the world’s six deadliest viruses installed on it.

The Persistence of Chaos

The laptop is an art project created by Chinese digital artist Guo O Dong and it is called “The Persistence of Chaos”. The artist collaborated with the cybersecurity firm Deep Instinct in order to install six viruses on the laptop which caused more than $95 billion in damages. However, you don’t need to worry about it because the laptop is “air gapped” which means that it can’t connect to any networks so the viruses don’t have any way of spreading.

“These pieces of software seem so abstract, almost fake with their funny, spooky names, but I think they emphasise that the web and IRL [in real life] are not different spaces,” said Guo O Dong. “Malware is one of the most tangible ways that the internet can jump out of your monitor and bite you,” added the artist.

The first virus is called “ILOVEYOU” and it was launched back in 2000. This is a damaging worm that was emailed with the subject header “ILOVEYOU”.

Sobig was launched back in 2003 and it held the record for being the world’s fastest spreading virus. Sobig opened backdoors to computers that could be accessed by hackers.

Mydoom is from 2004 and it is the current title holder for the world’s fastest spreading virus.

BlackEnergy is the first virus on our list that is not an email worm and instead, it’s a cyber attack tool that takes down computers and networks.

This virus is infamous in Latin America countries and its main purpose is to gather financial information.

WannaCry launched in 2017 and it is the virus that caused the most damages. This is a ransomware and it caused billions of dollars in damages.