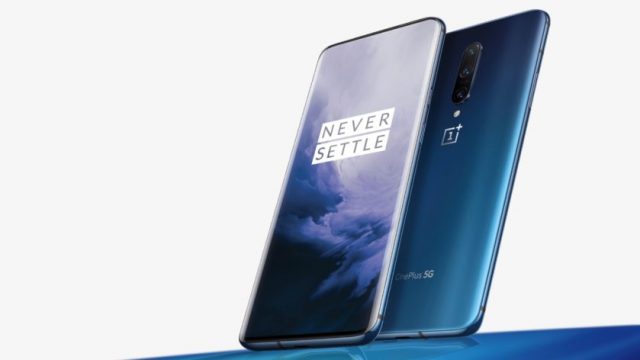 OnePlus 7 Pro was launched in the US as an upgrade for the highly popular OnePlus 6T. However, the story is a little bit different on other markets where OnePlus 7 arrived. OnePlus 7 is the ideal OnePlus 6T replacement since it ships with a similar design and with enhanced hardware specs for only 20 pounds extra in the UK. To make things even more interesting, OnePlus 7 is in fact cheaper than OnePlus 6T in India.

Nonetheless, today we are going to check out the hardware specs that OnePlus 7 has to offer so that we can see what makes this smartphone stand out and why it is it considered such a good replacement for OnePlus 6T. Without any further ado, let’s get into it.

As previously noted, the design of OnePlus 7 is similar to OnePlus 6T and therefore, we are going to leave it aside. However, OnePlus 7 shines when it comes to under the hood performances. The smartphone is powered by Qualcomm’s octa-core Snapdragon 855 processor which is paired with an Adreno 640 graphics processing unit.

As if the processor wasn’t impressive enough, OnePlus has made sure to pair it with 6GB/8GB of RAM and 128GB/256GB of internal storage specs. In addition, OnePlus 7 is fueled by a rather large 3,700 mAh battery with 20W fast charging.

OnePlus smartphones are known for their high-end camera specs and OnePlus 7 is not an exception to that rule. Therefore, OnePlus 7 is equipped with a 48MP (Sony IMX586) primary sensor which features an aperture of f/1.7, OIS, EIS, PDAF, 4K and video recording at 60FPS.

The 48MP sensor is also paired with a smaller 5MP depth sensor. On the front side, OnePlus 7 is equipped with a 16MP selfie shooter with EIS that can record 1080p videos at 30FPS.