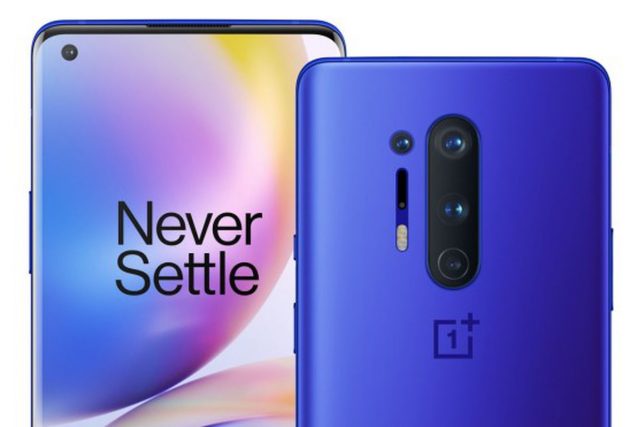 Despite OnePlus’s efforts to keep its upcoming flagship smartphone away from the media’s eyes, we got lucky and the official press render for OnePlus 8 Pro has been leaked. The design of the smartphone looks amazing and thanks to the leaked press render, we now know that OnePlus 8 Pro will be available in the “ultramarine blue” color option.

Today we are going to take a closer look at the leaked press render of OnePlus 8 Pro to spot all the important design features but that’s not all! We are also going to check out previous leaks that showcase the powerful hardware specs of the upcoming smartphone.

As the leaked press render is showing us, OnePlus 8 Pro will ship with a premium design that can only be spotted on flagship smartphones such as Galaxy S20 or iPhone 11 Pro Max.

What makes OnePlus 8 Pro stand out from all the others is the fact that it is equipped with a quad-camera setup on the rear side. To top it all off, the camera setup also has a LED flash.

If we take a look at the smartphone’s massive display, we are going to see that it ships with rounded edges and a punch-hole selfie shooter. This is a much better design than the one featured by Apple’s latest iPhones that still sport a top-notch.

OnePlus 8 Pro is going to be powered by Qualcomm’s Snapdragon 865. This is an octa-core CPU that clocks at a top speed of 2.84GHz. The processor is paired with an Adreno 650 GPU and 8GB/12GB of RAM.

Therefore, OnePlus 8 Pro will be able to run all mobile games and heavy-duty tasks without a single problem. We also want to highlight that OnePlus 8 Pro is going to be powered by a Li-Po 4,510 mAh battery.