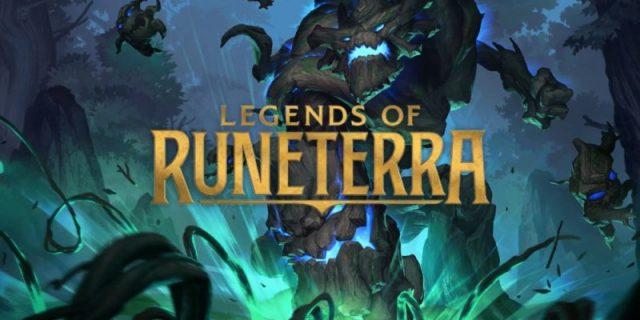 Even though Riot made it name in the gaming industry with League of Legends, the company is now expanding its portfolio by launching more titles that are no longer MOBAs. The best example of this is none other than the Legends of Runeterra. This is a mobile game that is set in the world of League of Legends. The strategy card game rewards players for coming up with clever ways to use their cards and defeat their opponents.

The great thing about this mobile game is the fact that Riot is updating it with new features and content on a weekly basis. In fact, a new update that sports the 01.07.012 version number is now rolling out via OTA (over the air) channels and we are going to cover everything there is to know about it.

As previously mentioned, the new update for Legends of Runeterra is rolling out via OTA channels. Thanks to this, the only thing that fans of the mobile game are required to do in order to access the update is to keep their smartphones connected to a stable Wi-Fi network. With that said, let’s see what are the patch notes for the new update.

Before we dive in, we’ve got some important timing info on the next few patches. As we just announced over on the Riot Games site, Riot’s taking the week of August 10th off to disconnect, recharge, and reboot. To make sure we’re not just shifting more work onto people in the following weeks, we’re adjusting timelines for the next few LoR patches.

Heimerdinger’s latest Lab is an experiment in thinking on your feet. Inspired by the challenging and fast-paced mechanics of some of our favourite deck-building games, Quick Draw offers players new circumstances to contend with every round.

Each round, players draw five new Fleeting cards with heavily discounted mana costs. You only have three mana to spend each round though, so choose your plays carefully. And remember, all your cards are Fleeting so use ‘em or lose ‘em!

The only way to keep a card for next turn is to use the special Prolong card you’ll draw every other round. It’ll remove Fleeting from a single card in your hand so you can save it for a big play later on. Use your Prolongs wisely!

You can now filter your decks by deckbuilding rules (Standard or Singleton for now) and select specific unit art for your deckbox!

Exploring the darker side of the world of Spirit Blossom, the Nightshade Shrine is an Epic-tier board featuring tappable interactive elements and unique reactions to gameplay, and is available in the store for 1290 Coins.