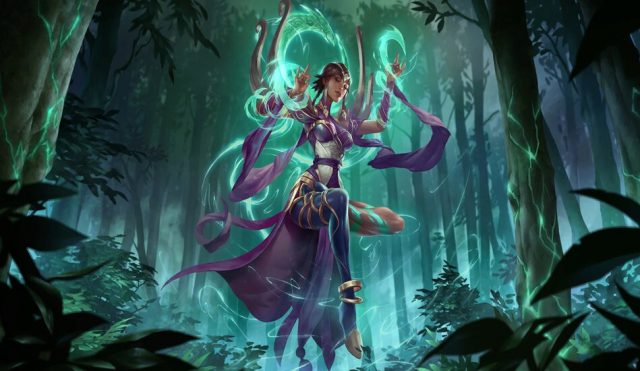 A major update is now rolling out for Legends of Runeterra. The update is titled as Patch 1.2 and it completely changes the gameplay by introducing new Champions and buffing/nerfing cards. With that said, today we are going to present the full patch notes for the new Legends of Runeterra update so that everyone knows what are the changes that are coming their way. Without any further ado, let’s get into it.

Karma (level one and two)

With the release of the Rising Tides expansion, several archetypes, spells, and champions are being watched closely. A full breakdown of these can be found here.

The LoR 1.2 patch contained over 40 text clarity changes. Cards that were adjusted included champions like Fizz and spells such as Dragon’s Rage.

Here’s a list of every card that received a text change in patch 1.2:

Players in LoR now have additional personalization options that include new emotes, game board, card backs, and guardians. In celebration of the International Day Against Homophobia, Transphobia, and Biphobia (IDAHOTB), all players have access to a Rainbow Poro guardian and emote at zero cost in the LoR store until July 7.

In addition to the free Rainbow Poro guardian and emote, the team added an Arcade game board and card back, along with several new emotes.

With the 1.2 LoR update, the bonus chance for seeing Rising Tides archetypes has been removed. A large number of adjustments were also made to regional archetypes to improve statlines and frequency of utility cards. A full breakdown of changes in each Expedition archetype can be found here.

Until Patch 1.3 comes out in two weeks, the Oracle’s Eye will be disabled during an opponent’s attack turn due to a rare bug that shows incorrect information.