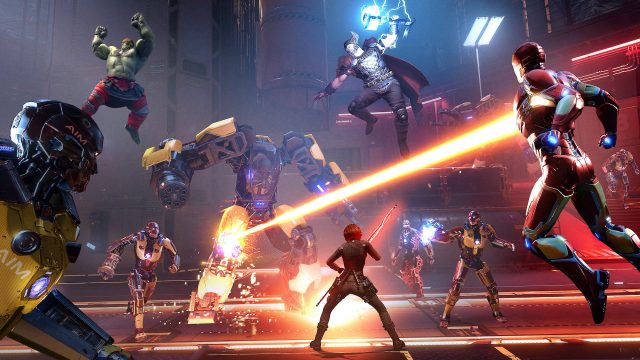 Even though Marvel’s Avengers has not been out for even two months, the player base is already bored of the game. Everyone was shocked to find out that Marvel’s Avengers is not going to be a traditional RPG (role-playing-game) despite having so many cool stories in the Marvel Universe, and instead be a live service game. The game is now flopping with less than 1,000 players online on Steam and the Reddit community for Marvel’s Avengers is filled with complaints.

The reason why Marvel’s Avengers is turning out so bad is because the game seems like a “cash grab” from the publishing company. It features a lack of content in the late-game and the mission repeat themselves so much that all players end up getting bored. Now, Developer Crystal Dynamics decided to release an official statement about the game’s current state and upcoming plans.

“To our players: every day we fight to make the best game possible for our community. We have a great community management team at Crystal Dynamics and Square Enix who funnel all of your concerns, suggestions, and feedback to the development team daily. We are listening. We are making fixes, improvements, and additions as fast as we safely can to make Marvel’s Avengers the game we all aspire it to be.

As such, we have a number of new content pieces coming in the weeks ahead including: a totally new War Zone mission type called Tachyon Rifts, a new Outpost that’s a jumping off point for new story missions in the future, and AIM’s Cloning Lab, which requires a coordinated high-level group of four players to beat with new top-end loot rewards for finishing it. And in each of these updates we do tuning and bug fixing to enhance the overall experience.

In addition, we’ve announced two new Heroes coming in the near future: Kate Bishop in Operation: Taking AIM, and after that the double-feature Operation starring Clint Barton… this is the “two Hawkeyes” we mentioned in the last War Table. These new Operations pick up right from where the main Reassemble campaign ended in the core game and will propel the overall world story forward with new mysteries and villains, as well as new multi-player content.

Lastly, we will continue to add new content to the game in the coming months as we address issues and overall game balance, including loot distribution and quality of life features everyone is clamoring for to improve our day-to-day experience from accessibility to co-op communication tools to balancing the economy!

We are confident that we’ll see PC players (as well as those on Xbox One and PlayStation 4) return to the game as we add exciting new late-game content and demonstrate that we continue to be focused on improving the game.

We’ll have more information and details about the very near content drops in a blog scheduled for next week and we have new community communication initiatives coming soon to even more directly share fun and useful information with you.

Thank you for coming with us on this journey to truly realize the best of what Marvel’s Avengers can become.”