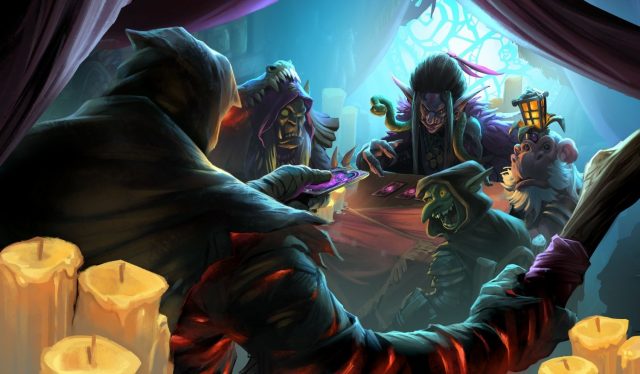 The highly popular card game called Hearthstone is scheduled to receive another major expansion in the upcoming future called the Rise of Shadows. Blizzard has yet to reveal all the details regarding the changes and new cards that the Rise of Shadows expansion will bring but luckily, a new card has just been announced. The new card is called “Big Bad Archmage” and it is a ten mana card. With that said, today we are going to take a closer look at what Hearthstone’s new card does.

From the looks of it, the developers who are in charge of Hearthstone didn’t spend too much time coming up with the name for the new card. Although, we are not saying that Big Bad Archmage sounds bad, just that it lacks in creativity with other cards. 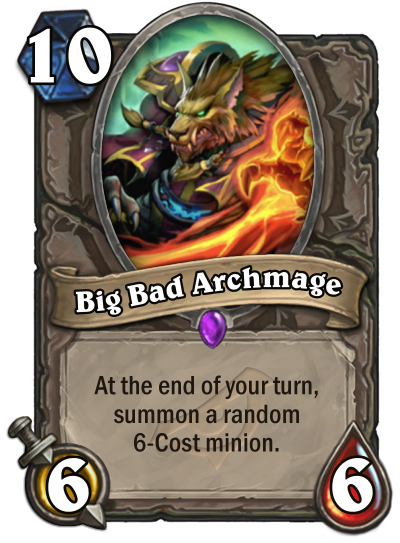 Nonetheless, the new card costs 10 mana and has six Attack and six Health points. The effect of the card is described as “At the end of your turn, summon a random 6-Cost minion”.  Which means that the Big Bad Archmage will summon a random minion at the end of the turn which makes spending ten mana totally worth it.

We can already see how Hearthstone players are going to throw the Big Bad Archmage and Khadgar into the deck together. The reason why these two cards work so great together is because the new Mage Legendary called Khadgar makes all summoned minions to summon twice as many. Therefore, playing the Big Bad Archmage will cause the card to summon two random minions instead of just one.

The upcoming expansion for Hearthstone is scheduled to launch on April 9th and that is when we will find out everything there is to know about it and if there are any other cards that can be combo-ed with the Big Bad Archmage.