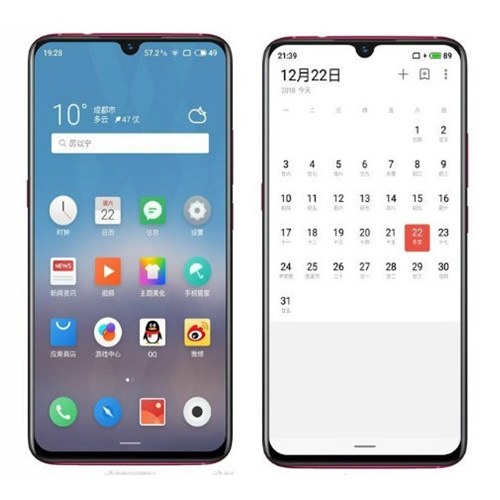 Tech companies usually have a difficult time launching their products on the US and the European smartphone markets. However, things have changed during this past couple of years and companies such as Meizu, OnePlus and Huawei are now taking over the world.

Talking about Meizu, this tech giant is always working on a new smartphone that will take the smartphone industry by the storm. The next-generation flagship from Meizu is called Note 9 and it will ship with lots of powerful features that will help it compete against the likes of iPhone XS Max and the upcoming Galaxy Note 10.

Meizu Note 9 Gets Spotted on TENAA

Even though Meizu doesn’t like to reveal what type of hardware specs its next-generation smartphones will have to offer, we got lucky and Meizu Note 9 was spotted in a TENAA report. For those who are out of the loop when it comes to TENAA, all Chinese tech companies need to get their smartphones certified by TENNA before launching them. Therefore, Meizu is more than likely getting ready to launch Meizu Note 9 during the upcoming future.

What’s great about TENAA reports is that they also contain important information about the hardware specs of the smartphones that are being certified. With that said, Meizu Note 9 is going to ship with a 6.2-inches display that features a pixel resolution of 1080 x 2244.

Leaving the display technology aside, Meizu Note 9 is going to be powered by a 3,900 mAh battery that is coupled to 6GB of RAM and 64GB of internal storage space. Additionally, Meizu Note 9 will feature a 48MP + 5MP dual-camera setup on the rear side and a 20MP selfie shooter.

After taking a look at Meizu Note 9’s leaked specs, we think it’s safe to say that this is going to be one of the most powerful smartphones to launch in 2019. Let’s just hope that Meizu decides to release it soon.