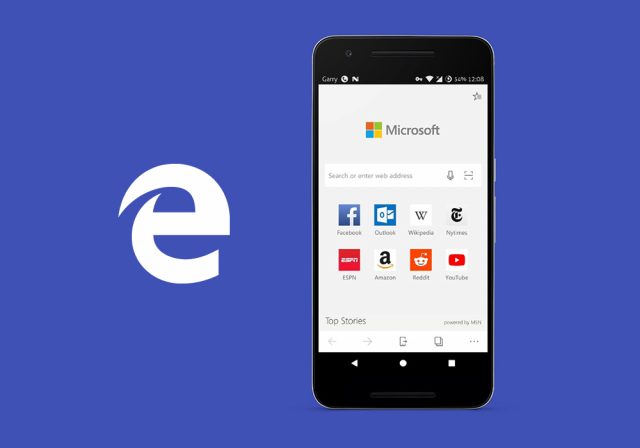 A premium mobile browser is the most important app that you can install on your smartphone. After all, the mobile browser will make it easier to surf the web in search of important information or entertaining online videos. Even though Android-powered smartphones are equipped with Google Chrome out of the box, this doesn’t mean that Google Chrome is the best option. In fact, Microsoft’s Edge offers much faster performances and a slew of unique features.

Microsoft’s desktop browsers have not been able to replace Google Chrome or Mozilla Firefox. However, the story is different when it comes to smartphones. Edge is one of the most popular apps available on the Google Play Store and this is all thanks to the premium user experience that it offers. Not just that, but Edge is also updated with improvements on a regular basis.

From the looks of it, Microsoft’s developers have decided to give Edge fans an early Christmas gift. The reason why we are saying that is because a brand-new update that sports the 42.0.2.4062 version number has started rolling out via OTA (over the air) channels earlier this morning.

All Edge users who will keep their smartphones connected to a stable Wi-Fi network throughout the day are eligible to download the update. Alternatively, the update can also be manually downloaded and installed in the form of APK. However, installing this type of update can be tricky at times.