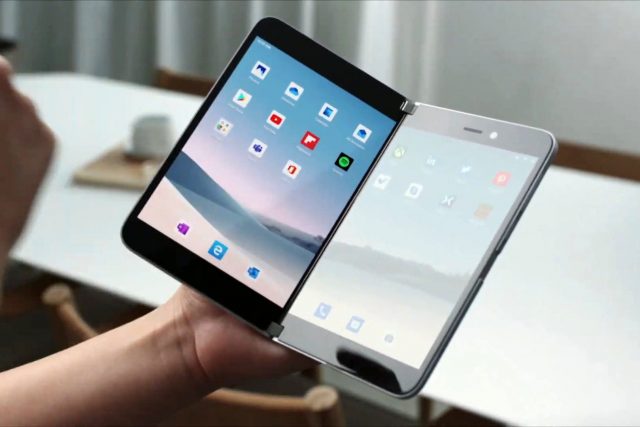 As most of you will remember, Microsoft tried to take the smartphone industry by storm a couple of years ago with its Lumia lineup that was powered by Microsoft’s own operating system. Unfortunately for the tech giant, the Lumia smartphones didn’t sell too well and Microsoft was eventually forced to stop.

However, this doesn’t mean that Microsoft has lost its interest for the smartphone industry, quite the opposite. The reason why we are saying that is because Microsoft has announced that it’s making a new smartphone that runs on Android and has two screens.

Microsoft revealed a new smartphone yesterday during its press conference that took place in New York. The smartphone is called Surface Duo and as its name implies, the smartphone ships with an innovative design that features two screens. Surface Duo has two 5.6 screens that can be expanded into an 8.3-inches device.

We also want to mention that Microsoft has created special software for its upcoming dual-screen devices. The software is called Windows X and it will help the two new smartphones run apps directly from the Google Play Store.