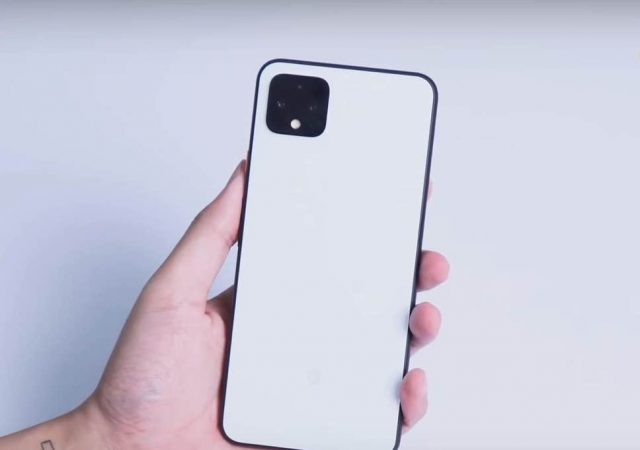 We reported yesterday that a new Pixel exclusive called “Recorder” has been leaked. Today we have some additional news about Google’s Pixel 4 to share but unfortunately, they are not that good. The full specs sheet of Pixel 4 and Pixel 4 was leaked and it revealed that even though Google has upgraded the CPUs and GPUs of the two smartphones, the Android parent is not planning to bring any improvements to the battery department.

Google announced last month that Pixel 4 and Pixel 4 XL will both ship with 90Hz displays. This is a great improvement and on the downside of things, 90Hz displays are infamous for using up lots of battery power. This is why many Android fans and industry experts were expecting Pixel 4 and its larger counterpart to be powered by bigger batteries than usual. However, this is not the case.

According to the new leak, Pixel 4 will be fueled by a 2,800 mAh battery which is the same used by last year’s model. In addition, Pixel 4XL is going to be powered by the same 3,700 mAh battery as Pixel 3 XL did last year. This is bad news for Pixel fans who are thinking about purchasing the new devices.

Powerful Tech, But No Juice

Considering the fact that Pixel 4 sports a 5.7-inches FHD+ display and that the bigger Pixel 4 XL sports a 6.3-inches QHD+ panel and also that they have a 90Hz refresh rate, we think it’s safe to say that the battery is going to run out quite quickly. To make things even worse, both smartphones are equipped with a Soli chip for Motion Sense which is also going to use up lots of battery power.

To give you an idea of how much battery power the Motion Sense feature uses, look at OnePlus 7 Pro which is equipped with a 4,000 mAh battery but still struggles because it features the same 90Hz refresh rate and Motion Sense.