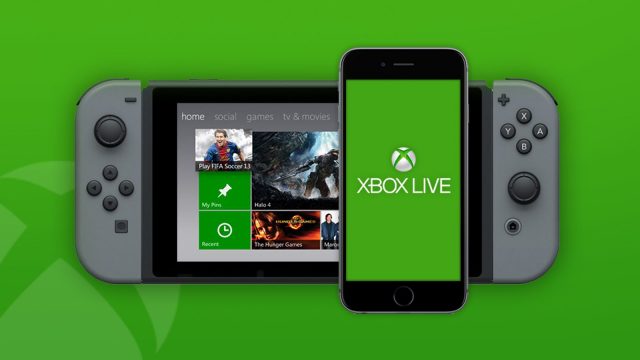 Rumors have been going around that Microsoft is planning to make its Xbox apps, video games and subscriptions services available to Nintendo Switch. Even though doing this would skyrocket the popularity of the Xbox games, this rumor has proved to be false. Microsoft announced recently that its Xbox Live network is going to be available for Android and iOS powered devices, but not for Nintendo Switch.

Microsoft is Not Launching Xbox Live on Nintendo

“Our goal is to really unite the 2 billion gamers of the world and we’re big fans of our Xbox Live community, but we don’t have any specific announcements as it relates to Switch today. If you’ve watched us for the past few years, we’ve taken a very inclusive approach. Phil [Spencer] has been very proactive on issues like crossplay, cross-progression, and uniting gamer networks, and we’re willing to partner with the industry as much as we possibly can,” said Microsoft’s Chief Kareem Choudhry.

From the looks of it, Microsoft wants the gamers from all over the world under a single “roof”, but this is not going to happen anytime soon. For the moment, the only thing that Microsoft is going to do related to Nintendo Switch is to keep introducing cross-play features for popular games such as Fortnite.

Even though this might seem a little bit unusual at first, Microsoft’s interest in launching Xbox Live for Nintendo Switch would greatly benefit the company. While Xbox Live isn’t going to be launched on other platforms in 2019, Microsoft has surely shown interest. Nonetheless, what do you think about having access to Xbox games on Nintendo Switch?