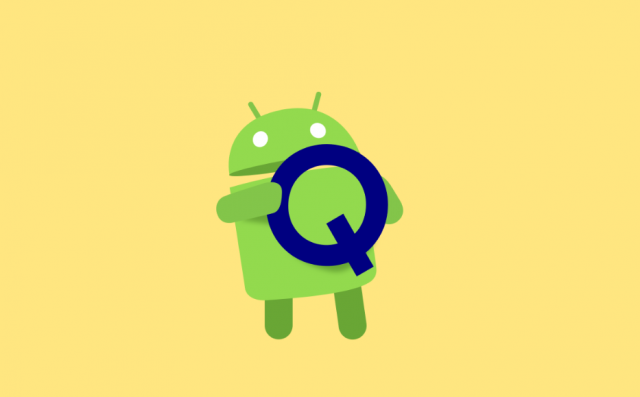 Google has released the first developer preview of Android Q Beta this week and the major operating system update already comes with a handful of amazing features. Google makes sure to equip the latest version of its operating system with a new user interface and lots of Android-exclusive features that take the user experience of Android powered smartphones to the next level.

With that said, we have rounded up the top five best features that the first version of Android Q introduces so that Android fans can get a glimpse of what’s to come in the upcoming months. Without any further ado, let’s get into it.

The Dark Mode is a popular feature that has been introduced in lots of apps during this past couple of months with Facebook Messenger being the last one to get it. The Android parent has noticed that there so many people who enjoy this mode and it decided to create a system-wide Dark Mode. The first version of this feature is available in the developer preview of Android Q, but there are a couple of problems with it.

Since the operating system is still in the first beta build, there isn’t an on/off switch for the system-wide Dark Mode. Nonetheless, the addition of Dark-Mode is good news for Android fans who work night shifts and hate it when the brightness of their smartphone blinds them. Not only that, but the system-wide Dark Mode is also going to enhance the battery life of Android powered smartphones.

We previously noted that the battery life of Android powered smartphones is going to be enhanced once Android Q with the system-wide Dark Mode rolls out. Well, Google wants to make sure that Android fans know exactly how much battery they have left and the reason why we are saying this is because the battery icon in Quick Settings has been improved. A small battery percentage icon will appear in the Quick Settings panel and it will provide users with an estimate for how much time the battery can last for.

Many Android fans were annoyed to find out that Google is going to follow the trend started by Apple and design Pixel 3 with a top notch. Despite this, it seems like Google is quite pleased of the way Pixel 3 turned out because the Android parent has now made the top notch visible in screenshots. This is not a highlight feature of Android Q, but it’s something interesting that we wanted to mention so that Android fans know that all the screenshots they will take will feature the top notch.

One of the coolest features that Android Q beta introduces is a hidden emergency button. This button has been hidden inside the power menu and it makes it much easier and faster for Android fans to call for help in case they ever need it. The way this button can be enabled is quite simple. All that Android fans need to do is to press and hold on the Pixel’s power button until the power menu appears.

The last feature that we want to cover is Google’s Product Sans font that is being introduced system-wide on all Pixel smartphones. This might not be a groundbreaking feature, but it’s still nice to have and it adds one more reason to why Android fans might want to purchase a Pixel smartphone instead of one made by OEMs.