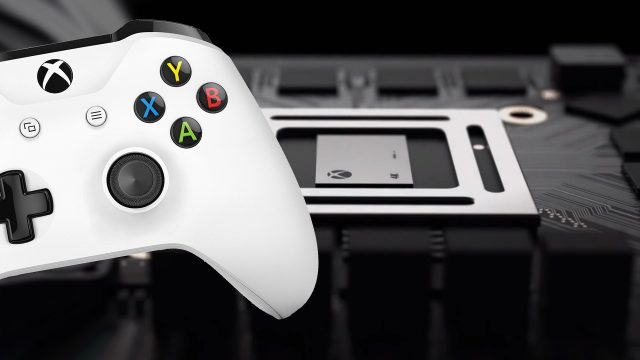 E3 is the biggest gaming event of the year and it’s only a couple of months away. Microsoft has announced that it will host a panel at E3 2019 and that it has a couple of big surprises for its fans. Even though Microsoft doesn’t want to go into too much detail when it comes to its plans for E3 2019, we already have a pretty good idea of what to expect thanks to previous leaks.

With that said, today we are going to present readers with everything there is to know about Microsoft’s next-generation consoles which are going to be announced at E3 2019. Although, everyone should keep in mind that everything we know is based on leaks and Microsoft has yet to confirm them. This means that everything is subjective to change.

Rumors have been going around for years that Microsoft wants to create a fully disc-free Xbox One unit. Previous leaks have shown that the Microsoft has already designed the console and that it has nicknamed it “Xbox Maverick”. Despite its cool nickname, the disc-free console will still be a basic Xbox One S and new reports are saying that Microsoft might be planning to officially call it “Xbox One S All-Digital Edition”. Not only that, but Microsoft is said to open pre-orders for the new disc-free console in April.

We need to mention that this is a first-ever for Microsoft since all existing Xbox units use disc drives. Furthermore, tech analysts believe that the new Xbox One S All-Digital Edition will be Microsoft’s cheapest console yet. The removal of the disc drive will help Microsoft cut down on the production cost and thus, offer a significant cheaper price tag for the console.

The fact that Microsoft is willing to remove the disc drive from its next-generation consoles shows us that the age of physical media is fading. In addition, Microsoft is working on a new streaming service called Project xCloud which according to multiple sources will be able to stream full-HD game footage to consoles and PCs who don’t even have the games installed on them.

Even though the disc-free Xbox One S might sound like a cool addition to the Xbox lineup, this console is not going to be the star of the show. The console that is going to “steal” the spotlight away from all other devices present at E3 2019 is the next-generation Xbox One which is codenamed “Anaconda”. In fact, there will be two versions of the console and the second one is currently codenamed “Lockhart”.

Microsoft is expected to present what kind of new features the next-generation consoles will have to offer and what hardware improvements they will bring in comparison with the already existing Xbox One X.

Rumor has it that both next-generation consoles will feature 4K/60FPS gaming which will put them in the same category with PC gaming. Not only that, but Microsoft is also said to be working on a new technology named “GameCore OS” which will bridge the gap between PC and console gaming.

Microsoft’s lineup for E3 2019 looks amazing. Let’s just hope that the tech giant does decide to bring a prototype version of the next-generation “Anaconda” and “Lockhart” consoles so that we can see what the future holds in store for the gaming industry.