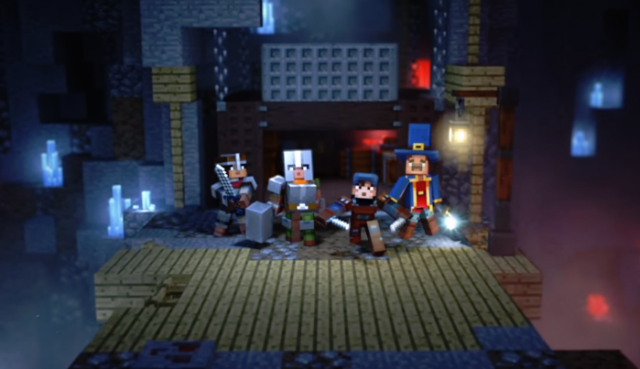 Minecraft used to be the most popular game in the world for a while, but things changed as soon as Fortnite and PUBG were released. The previously mentioned games introduced Battle Royales to gamers all around the world and this made it increasingly more difficult for other games to compete, including Minecraft.

However, it looks like Minecraft is going to make a comeback. Mojang announced a bunch of exciting future plans for Minecraft during the recent Minecon Earth event and today we are going to tell you all about it!

Minecraft is Making a Comeback!

Minecon Earth is an annual event where Mojang informs Minecraft fans about all the exciting new features and content that are going to be introduced during the upcoming months. This year’s event was a massive success because Mojang has announced that dungeons are coming to the game.

Mojang released a short video trailer during the event in which the game developer announced that Minecraft players are going to be able to join in dungeons. This is the most significant feature that Minecraft will receive in the latest years and its surely going to help skyrocket the game’s popularity once again.

Mojang Speaks Out on Dungeons

“What exactly is Minecraft: Dungeons? It’s an all-new action-adventure game inspired by classic dungeon crawlers, where you’ll constantly discover new weapons and items that will help you defeat a ruthless swarm of new-and-nasty mobs. You’ll fight or flee through canyons, swamps, and – of course – mines!” said Mojang in the description for the newly released trailer.

“You can brave the dungeons alone, or team up with friends. Up to four players can battle together through action-packed, treasure-stuffed, wildly varied levels, all in an epic quest to save the villagers and take down the evil Arch-Illager!” added Mojang.