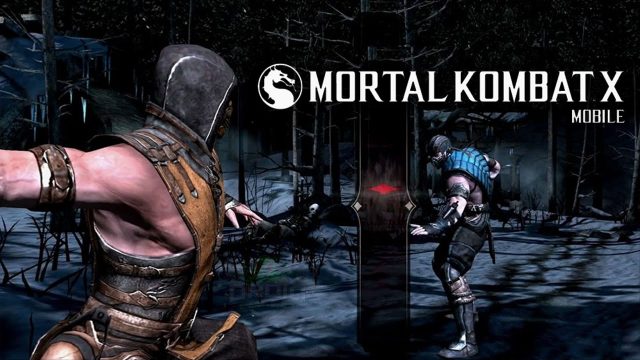 When it comes to fighting games, there is no other franchise that does it better than Mortal Kombat. The original game launched decades ago and now, the developers are bringing the fun of Mortal Kombat to Android and iOS with Mortal Kombat: The Ultimate Fighting Game. Nonetheless, the reason why the mobile game is making headlines on our website today is because it has just received a new update.

Do you love playing Mortal Kombat: The Ultimate Fighting Game on your Android smartphone? If that is the case, then you should make sure to keep your smartphone connected to a stable Wi-Fi network. A new update that sports the 3.0.0 version number is now rolling out via OTA (over the air) channels and it introduces a bunch of fun events.

Since the Halloween event is only a couple of days away, no one should be surprised to find out that the new update for Mortal Kombat: The Ultimate Fighting Game comes with a bunch of exclusive features, a new champion, and events. Check out the patch notes below:

“The Halloween update is here! Introducing the newest fighter, Diamond MK11 NOOB SAIBOT, available as an exclusive Faction Wars Season Reward! Choose your destiny in the new Faction Wars: SURVIVOR MODE! Take on the TOWER OF HORROR again and earn the unique Tower of Horror Equipment! That’s not all! Be on the lookout for the new, bone chilling NIGHTMARE TOWER coming later this year. Plus, many Quality of Life improvements and bug fixes.”

Now that we have checked out everything there is to know about the new update, let’s go ahead and take a look at the top features that the mobile game has to offer:

MK11 CHARACTERS
The MK11 team is extremely versatile, packed with unique abilities and powerful team synergies to inflict pain onto your enemies. The MK11 collection includes MK11 Raiden, Scorpion, Jade, Sub-Zero, Kabal, and Skarlet, and they are just as deadly as their console counterparts! They even perform the same Fatal Blow!

FIGHT IN BRUTAL 3v3 COMBAT
Create your own team of Mortal Kombat fighters and lead them into battle to earn experience, new special attacks, and powerful artifacts. Team up warriors with unique synergies to get an advantage over your enemies such as Team Ronin, Team Nightmare, and Team Day of the Dead!

COMPLETE DIFFICULT CHALLENGES
Prove yourself in the best fighting game ever made, and complete a series of matches to bring new Mortal Kombat warriors to your roster! A new challenge begins every week!

MULTIPLAYER FACTION WARS
Compete and fight with other players in Faction Wars, an online competitive mode where players engage other player teams. Rank up in your Faction’s leaderboard to earn weekly prizes.

JAW DROPPING FATALITIES
Mortal Kombat Mobile brings its trademark Fatalities to mobile, with stunning graphics, and over the top action moves that will punch you right in the guts. Other fighting games don’t come close!

EARN REWARDS ON EPIC QUESTS
Send characters on epic Quests to earn special rewards! Begin your journey in Outworld and make your way to Netherrealm!