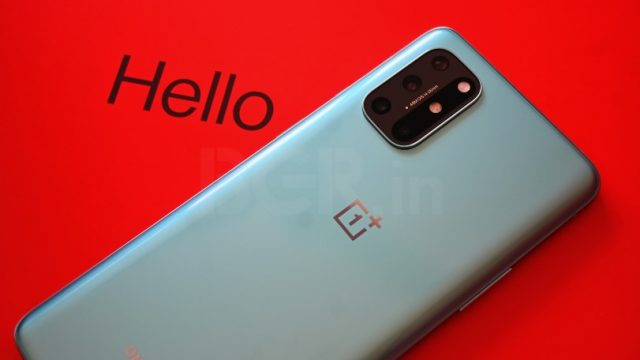 Even though it hasn’t been that long since OnePlus 8T hit the markets with impressive specs such as the 120Hz AMOLED panel and 65W fast-charging support, the Chinese based tech giant is already getting ready to launch its 2021 flagship smartphone. The device is called OnePlus 9 and to everyone’s surprise, OnePlus is planning to release it four weeks earlier than usual.

OnePlus has yet to announce an official release date for the next-gen OnePlus 9 but thanks to insider leans, we now know the smartphone is scheduled to launch mid-March. This is quite surprising because the next-gen smartphones from OnePlus are usually revealed later.

The interesting thing about this is that Samsung is also planning to launch the much-anticipated Galaxy S21 Series earlier than usual. The new Samsung smartphone will hit the market on January, which is six weeks earlier than the regular February release window.

Despite OnePlus’s best efforts to keep the next-gen flagship smartphone hidden from the media’s eyes, we got lucky and its hardware specs have been leaked. As a result, we know that OnePlus 9 will ship with a 6.7-inches display that uses AMOLED technology and provides an impressive pixel resolution of 2400 x 1800.

OnePlus 9 is going to be powered by the following CPU architecture 1x 3.1 GHz ARM Cortex-A78 + 3x 2.6 GHz ARM Cortex-A78 + 4×2 GHz ARM Cortex-A55 and it will have eight cores. To make things even better, the processor will be paired with an Adreno 660 graphics processing unit and 12GB of more than RAM. As a result, we can be sure that OnePlus 9 will be able to handle heavy-duty tasks without a single problem, including mobile gaming at Ultra Settings and 120Hz refresh rate.