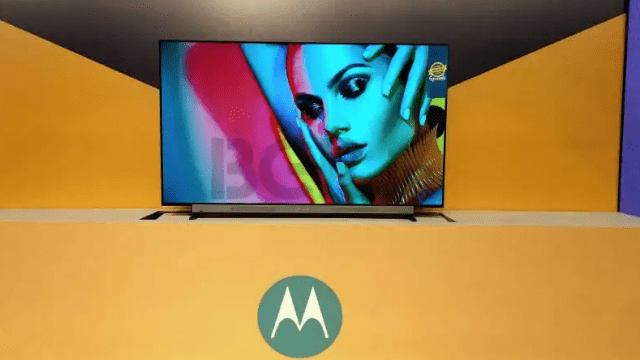 OnePlus recently announced that it’s going to expand its offering by launching smart TVs and now, Motorola which is one of OnePlus’ biggest rivals has announced that it will be doing the same. Motorola has partnered with FlipKart which is an Indian e-commerce website similar to Amazon and it revealed its first-ever Motorola TV lineup. Therefore, today we are going to check out everything there is to know about Motorola’s brand-new smart TVs.

To make things even better, Motorola has equipped the new smart TVs with a wireless Android TV gamepad. Therefore, it shouldn’t come as a surprise that the new smart TVs are running on Google’s latest Android 9.0 operating system.

Since this is the first time that Motorola is venturing into the smart TV market, no one should be shocked to find out that the tech giant has equipped the new smart TVs wit ha stellar design and high-quality screens. Take for example the lower range sets that will feature 1080p screens or the more expensive 43-inch models that will feature 4K screens.

A really cool thing that Motorola’s new smart TVs offer is the fact that they have been specially adapted for Bollywood films. We are talking about features such as 178-degree viewing angles for example.

We also want to mention that the new smart TVs are going to be great for gaming since they are fueled by Mali 450 graphics processing units that are paired with 2.25GB of RAM and 16GB of internal storage space.