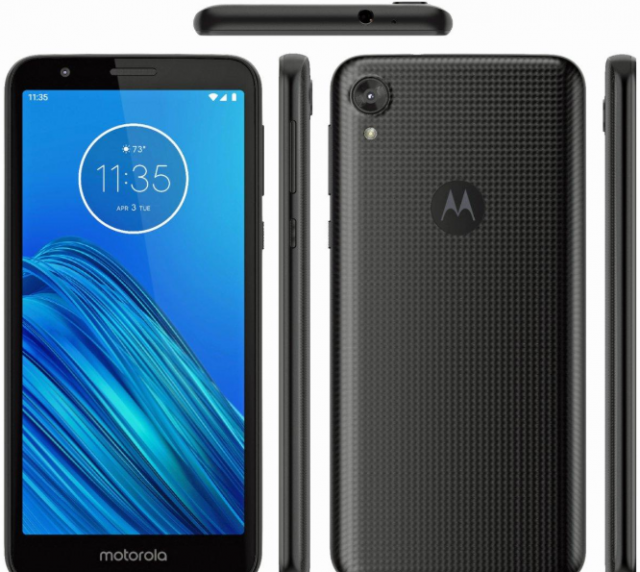 If you are looking to buy a new smartphone but you don’t want to spend close to one thousand dollars for one of Apple’s latest iPhones or Samsung’s Galaxy S10, then we have some great news to share with you. Motorola is always working on new budget-friendly smartphones and the official press renders of the unreleased Moto E6 have just been leaked. Even though Motorola has yet to announce the official launch date of Moto E6, we got lucky and the smartphone’s press render has shown up on the web.

The press renders of Moto E6 (featured in the image above) reveal that Motorola’s upcoming smartphone will ship with a standard design. There’s nothing special about it but this was to be expected since Moto E6 is a budget-friendly smartphone which means that it will be cheap. On the downsides of things, the leaked press render does show us that Moto E6 will not feature a full-screen design or a fingerprint scanner.

While Moto E6 might be a budget-friendly smartphone that ships with a simple design, this doesn’t mean that it won’t offer premium hardware performances. In fact, the upcoming Motorola smartphone is fueled by an octa-core Snapdragon 430 CPU that clocks at a base speed of 1.4GHz. To make things even better, Motorola has paired the Snapdragon 430 CPU with an Adreno 505 GPU and 2GB of RAM.