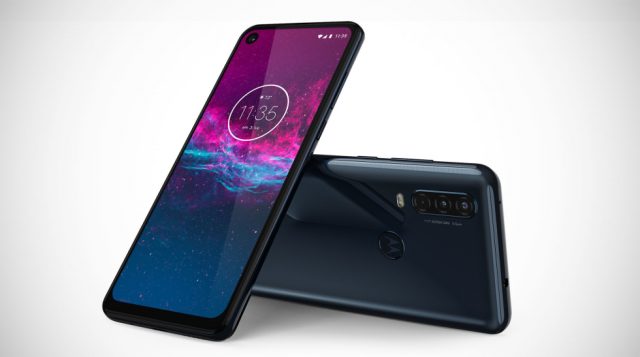 One Action will ship with a third rear camera that features an ultra-wide sensor that can film videos at a 117-degree field of view. The footage will look similar to the videos that GoPro offers. As if the super-wide angle was not impressive enough, Motorola has made sure to physically rotate the sensor so that the camera can record videos horizontally.

Another cool thing about the new smartphone is the fact that it ships with a new technology called “Enhanced Video Stabilization”. This technology has been designed to reduce the overall shakiness of videos when they are being filmed with a smartphone that is in motion.

Leaving the impressive action camera aside, the new smartphone from Motorola will ship with a 6.3-inches FHD+ display which is quite great for a budget smartphone. The display has a punch-hole cutout where the 12MP selfie camera is located. Furthermore, the smartphone is equipped with an additional set of two cameras on the rear side (12MP + 5MP).

We also want to mention that the highlight spec of One Action is the Exynos 9609 processor that is paired with 4GB of RAM and 128GB of internal storage space alongside a rather massive 3,500 mAh battery that can last for days on end.