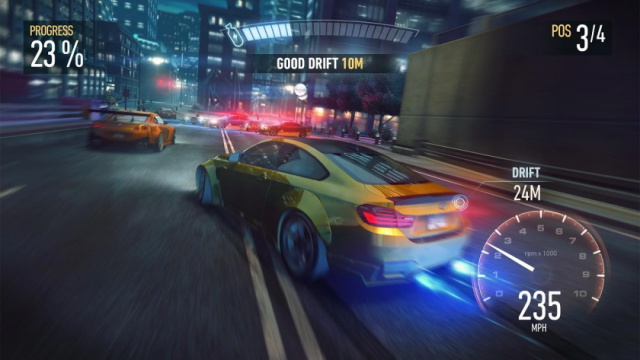 Do you love the thrill of racing fast cars? If that is the case, then you might want to try Need for Speed: No Limits. Just like the PC and console Need for Speed games, the mobile version gives players the chance to claim the crown as the king of the underground by racing in incredibly fast cars.

Although, there is more to Need for Speed: No Limits than racing. Players can also customize their rides and tweak their engines to give them more horsepower.

If you are a fan of Need for Speed: No Limits, then we have some great news to share with you. The developers who are in charge of the mobile game have announced that a brand-new update has now started rolling out. The update introduces new cars and exciting missions.

The first thing that we want to mention about the latest update for Need for Speed: No Limits is that it changes the mobile game’s version number to 4.4.6.

The update is rolling out via OTA (over the air) channels and therefore, all Need for Speed: No Limits fans who are keeping their smartphones connected to Wi-Fi are eligible to download it.

As previously noted, Need for Speed: No Limits’ most recent update introduces a bunch of brand-new cars. According to the patch notes, the update introduces a mix of old and new-school cars such as the Bugatti Las Voiture Noire. Beck Kustoms F132 and the 1991 Honda NSX.

To make things even better, the update also comes with a bunch of exciting missions that will reward players with exotic cars. Check them out below: