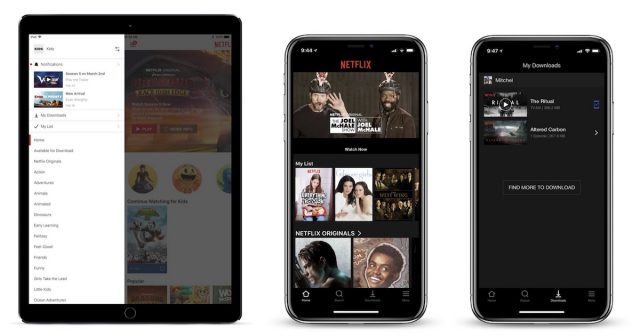 Netflix is the most popular video streaming app in the world that charges a monthly subscription with an active user base that is bigger than 130 million. Not just that, but the mobile version of Netflix is one of the apps that makes the most money. Take for example how Netflix generated $853 million in 2018 on the iOS App Store. This is a massive number and Apple takes a cut of $256 million in taxes. However, it looks like Netflix has found a way to avoid paying Apple the tax.

Netflix has made a whopping $1.5 billion through iOS in-app subscription and Apple has earned more than $450 million from this. This means that Apple has been making $700,000 per day in 2018 just by having Netflix listed on the App Store.

Apple is no longer going to generate so much money just by having Netflix listed on the App Store because Netflix has announced that iOS users will not be able to purchase in-app subscription sign-ups directly from the App Store.

Although, Netflix is still making money on Google Play Store because of a previously existing paying user base that helped Netflix make $105 million in 2018 and Google $32 million in taxes.

We have to give it to Netflix for figuring out a way to avoid paying the “Apple Tax”. Apple was making hundreds of millions of dollars every year just by listing the iOS version on the App Store, but this is not going to happen anymore.