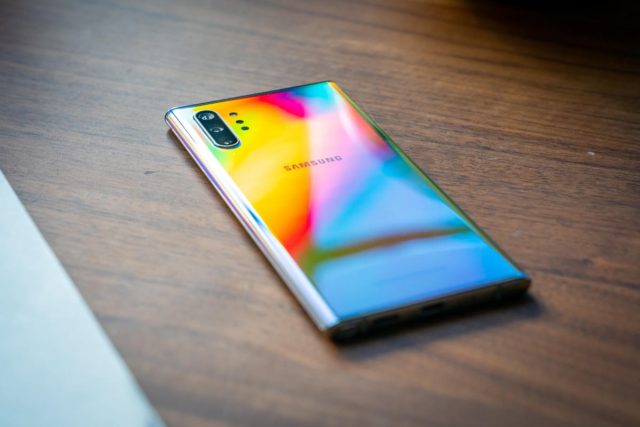 Samsung doesn’t just like to launch multiple smartphones every couple of months, the South Korean based tech giant is also launching multiple versions of its flagship smartphone as well. Take for example the latest Galaxy Note 10 which already exists in four different versions. However, it seems like this isn’t enough for Samsung. The reason why we are saying that is because Samsung has just announced that it’s planning to launch a fifth version of Galaxy Note 10 that features blockchain technology.

The new version of Galaxy Note 10 will be marketed as “KlatynPhone” and it will be available for purchase in South Korea, Samsung’s home country. The “KlatynPhone” nickname comes from a blockchain platform that has been made by an arm of Kakao which just like Samsung, is a South Korean based company. Kakao specializes in chatting apps.

Other than the innovative blockchain technology, this new version of Galaxy Note 10 will also ship with a built-in crypto wallet that is going to feature a bundle of blockchain based apps. To make things even more interesting, Samsung is also giving a “certain amount of” free Klay which is the cryptocurrency developed by Kakao.

The new version of Galaxy Note 10 is not going to ship with any other improvements than the ones featured above. With that said, let’s go ahead and check out which are the most notable hardware specs that Galaxy Note 10 has to offer.

The new Galaxy Note 10 version with blockchain technology is going to ship with a 6.3-inches display that uses Dynamic AMOLED which offers a pixel resolution of 1080 x 2280 and an aspect ratio of 19:9 alongside a pixel density of 401 ppi. Leaving the display aside, the highlight spec of Galaxy Note 10 is the Snapdragon 855 CPU that powers all its features.