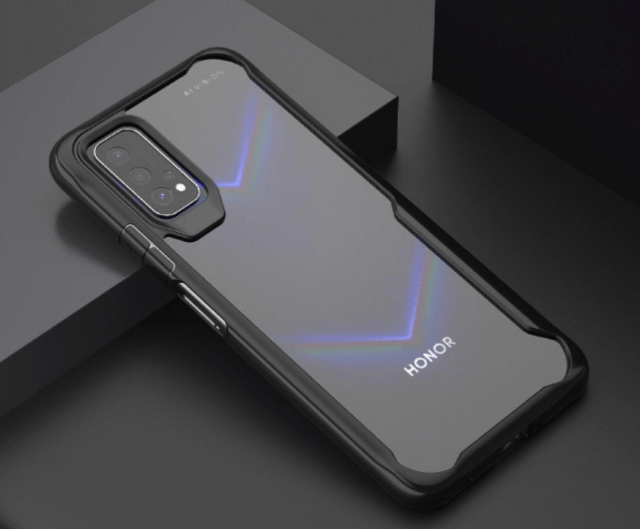 We reported yesterday that Huawei is getting ready to launch a special edition of Honor V30 that has been designed alongside Aston Martin. Now, we have something even better to share with everyone! A new press render has just been leaked and it showcases the flagship smartphone’s rear side and special case that will help protect the smartphone’s full-screen display from damage and scratches. More importantly, the leaked press render is showing us the quad-camera setup that Honor V30 has to offer.

The first thing that we want to note about Honor V30’s latest press render is the fact that it displays just how impressive the smartphone’s design looks like. Even though rugged cases usually ruin the design of full-screen smartphones, this is not what’s happening here. This is an amazing case that has been specially designed to show off the sleek edges and camera placement of Honor V30.

Huawei confirmed that Honor V30 is going to launch later this month but unfortunately, the Chinese based tech giant didn’t want to reveal what will be the exact camera specs that the smartphone has to offer Although, we can tell from the press render that Honor V30 will be a “beast” when it comes to photo quality.

Thanks to previous leaks and a GeekBench report, we have a pretty good idea of what kind of hardware specs Honor V30 hides beneath its hood. Honor V30 will run on Google’s Android 9.0 Pie Straight out of the box and we can be sure that it will be updated to Android 10 Q during the upcoming future.