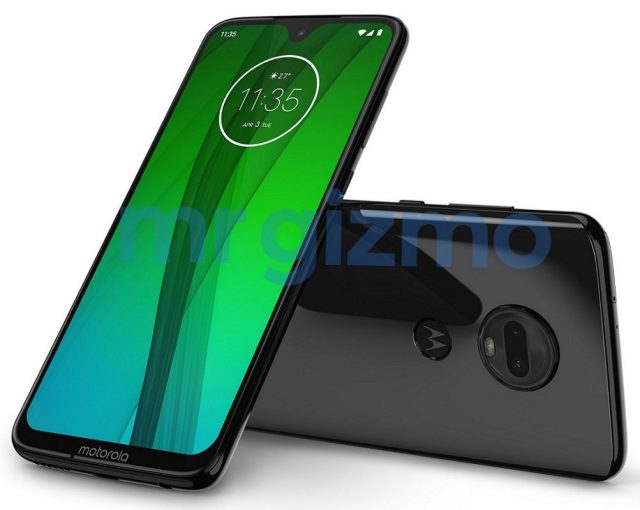 It’s been a while since Motorola has launched a smartphone that could “steal” the spotlight away from the likes of Apple’s latest iPhone and Samsung’s Galaxy S flagship smartphone. However, this doesn’t mean that Motorola is ready to give up and, in fact, the tech giant is actually working on a new smartphone called Moto G7 which is expected to launch later this month, or in December.

As we already mentioned, Motorola keeps designing great smartphones in hopes of creating a bestselling device and from the looks of it, Moto G7 might just be the one. The leaked press render (featured above) of Moto G7 shows us that this is a high-end smartphone that ships with a dual camera setup and a sleek looking full-screen display.

The design of the smartphone is spectacular and its most surprising feature is the tear-drop style display top notch. This feature is a nice touch to Moto G7’s design because it doesn’t take up as much space as the top notch that Apple used on its latest Phone XS.

We got lucky and the schematics of Moto G7 have also been leaked at the same time with the press render. Therefore, we know that the smartphone will be powered by a Snapdragon 660 processor that is paired with 4GB of RAM, 64GB of internal storage space and a big 3,000 mAh battery.

From the looks of it, Moto G7 will fit in the mid-range category and this leads us to believe that the smartphone will feature an affordable price tag. Considering that the latest devices from Samsung, Apple and Google are all priced around $1,000, we think it’s safe to say that launching an affordable smartphone is a wise move from Motorola.