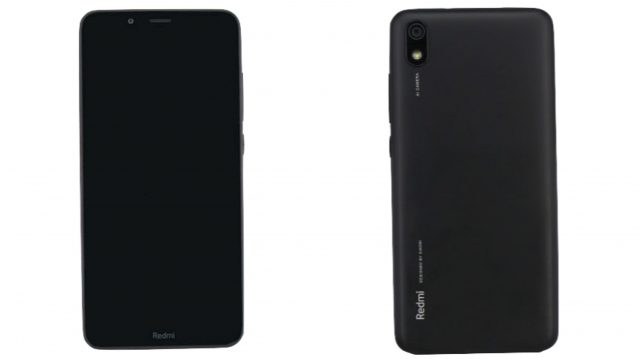 We reported yesterday that Xiaomi’s subsidiary, Redmi, has been spotted testing a new smartphone called on Redmi Y3 on GeekBench. However, it looks like Redmi Y3 is not the only smartphone that the Chinese based tech giant is getting ready to launch during the upcoming future because a brand-new one has surfaced on the web. The latest smartphone to be leaked is called Redmi 7A and it has just made an appearance on TENAA.

For those who are unfamiliar with TENAA, all tech companies who want to launch their upcoming devices in China need to get them certified by TENAA first. Therefore, the fact that Redmi 7A has made a surprise appearance on TENAA leads us to believe that the smartphone is going to launch sooner than expected.

Redmi 7A which can be spotted in the picture featured above is going to be a budget smartphone. However, this shouldn’t come as a surprise since Redmi is known for launching mid-ranged smartphones that offer powerful hardware performances despite their affordable price tags.

Nonetheless, the leaked picture shows us that Redmi 7A may feature a polycarbonate design and that it will not be equipped with a waterdrop notch on top. Instead of using a waterdrop notch, Redmi has decided to make the bezels bigger.

Moreover, Redmi 7A is going to feature two volume rockers and a power button on the right side. The left side has been left empty so that there is room for the SIM Card tray which is expected to support dual SIM. Another important feature that confirms Redmi 7A is going to be a budget smartphone is the single rear mounted camera.

On the downside of things, the TENAA report doesn’t reveal the official launch date of Redmi 7A. However, we can be sure that the smartphone is going to be officially announced during the upcoming days now that it has been leaked.