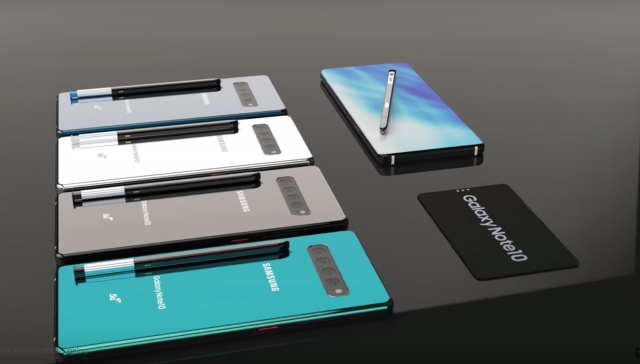 Multiple reports have stated that Samsung is planning to launch four different versions of Galaxy Note 10 during the upcoming months. Two of these models would use LTE while the other two would cost a little a bit more because they feature 5G technology support.

The new leak comes from SamMobile and it is revealing to us that Galaxy Note 10 will have the following model numbers “SM-N970” and “SM-N975”. The two devices will have some significant differences, including their price. First off, one of the two smartphones will support 5G technology while the other will only use LTE.

As we can clearly see, the two Galaxy Note 10 models will have some major differences. Although, Samsung needed to do this so that it can justify asking for more money on the premium model. We can always look at the bright side and see that the standard Galaxy Note 10 model is going to be more affordable, therefore making it more accessible to everyone.

Which One Will You Choose?

Unfortunately, we don’t have any official confirmation on the price tags of the two Galaxy Note 10 models. However, we can be sure that the difference between them will be at least $300. Nonetheless, are you going to go for the premium model? Or will you stick with the standard one that ships with a triple-camera setup and without 5G model?