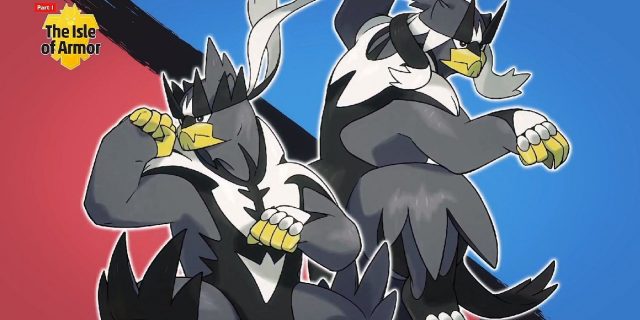 If you love playing Pokemon Sword and Shield, then we have some amazing news to share with you. Nintendo decided to end its “Nintendo Direct Mini” by getting fans hyped up and it announced that the highly popular game is going to receive its first-ever expansion. The upcoming Pokemon Sword and Shield expansion is called Isle of Armor and it is scheduled to launch June.

The Isle of Armor Expansion

Even though there were many rumors that were pointing towards the fact that a new expansion is coming for Pokemon Sword and Shield, no one expected Nintendo to actually announce the launch date. Not only that, but the tech giant also revealed a bunch of exciting details that make the Isle of Armor expansion seem amazing.

The expansion is set on the eponymous island which is located right off the coast of the Galar region. This island is the home of a new Pokemon Dojo where trainers get the opportunity to train under the legendary Mustard champion.

If you are unfamiliar with mustard, then you should know that he is the longest-reigning Pokemon Champion in the history of Galar. Additionally, Mustard was trained and mentored directly by none other than Leon’s former mentor.

One of the most exciting news that Nintendo announced about Isle of Armor is that players will receive a new Pokemon called Kubfu. This Pokemon is going to help players complete difficult challenges in the Tower of Darkness. Furthermore, Kubfu will evolve into Urshifu Rapid Strike Style and it will be of the Fighting/Water type.

As previously mentioned, the Isle of Armor expansion is scheduled to launch in June on Nintendo Switch. This is leading us to believe that the tech giant is currently adding the finishing touches to the expansion. Although, the launch date could change due to the ongoing COVID-19 pandemic.