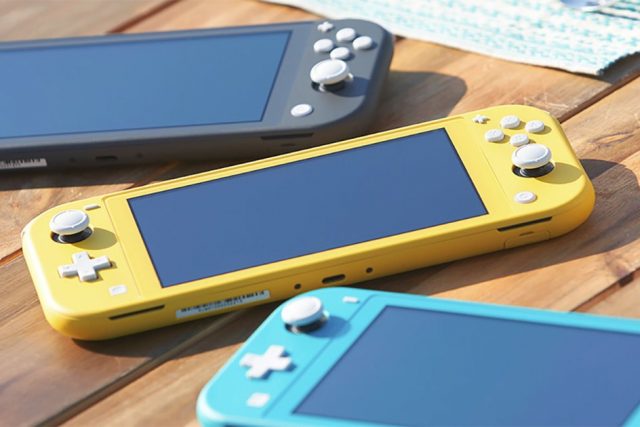 Nintendo has been making headlines nonstop for this past couple of days after it announced its highly anticipated Switch Lite. The console will be $100 cheaper than the current Switch and therefore, no one should be surprised to find out that Nintendo’s stocks have skyrocketed overnight. You can read more about that here.

Nonetheless, today we want to present Nintendo fans with all the official information that we have about Switch Lite so that all fans can get a good idea of what’s coming next from the Japanese based tech giant.

The highlight of Switch Lite is as previously mentioned, it’s affordable price tag. Nintendo has confirmed that Switch Lite’s price will be lower than $200 and this is going to make the console ideal for kids who enjoy playing games on their tablets and smartphones.

It Can’t Be Docked to a TV

On the downside of things, Switch Lite can’t be docked to a TV. This means that unlike the current Switch mode, Switch Lite is not a hybrid console and instead it’s a handheld only device. This means that some games which require players to detach the JoyCons from the console will feature different gameplay mechanics.

Nintendo is Introducing the D-pad on the Left JoyCon

The way that Nintendo is going to deal with the issue that the JoyCons cannot be removed is by equipping the console’s left JoyCon with the much anticipated D-Pad. This is a great improvement to the design of Switch Lite and it will also make it easier for gamers to beat difficult games.

Since this is Nintendo we are talking about, no one should be surprised to find out that the company is planning to launch two special Pokemon Sword and Shield models of Switch Lite that will be available on launch day.