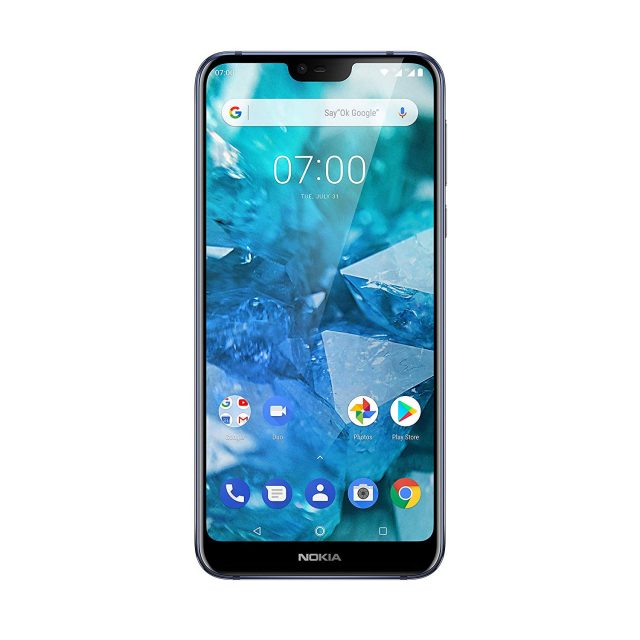 We reported yesterday that Nokia announced the first smartphone from its lineup that will be eligible to receive Android 9.0 Pie. However, it looks like Nokia “forgot” to mention that it’s working on a brand-new smartphone called Nokia 7.1.

Even though the HMD Global owned tech giant has yet to confirm that a new smartphone is going to hit the market, we know that Nokia 7.1 is ready to launch because Amazon listed it as available for purchase by mistake.

Most times we have to rely on specialized tech leaksters such as Evan Blass and Roland Quandt in order to get information about smartphones that have yet be revealed.

Although, third-party retailers sometimes make the mistake of listing the new smartphones weeks or months before they should do. This is exactly what Amazon did with Nokia 7.1 today.

The first thing we need to mention about Nokia 7.1 is the fact that it ships with a sleek design that resemblances iPhone X. This leads us to believe that Nokia 7.1 will hold the title of being a flagship smartphone.

Not just that, but the 354.87 Euros price tag which has been revealed by Amazon shows that Nokia will charge a premium for this smartphone, thus enforcing the idea of a flagship smartphone.

Another important piece of information that Amazon has revealed in this recent Nokia 7.1 listing is that the smartphone will ship with a 5.84-inches display and that it will feature a pixel resolution of 1,280 x 720.