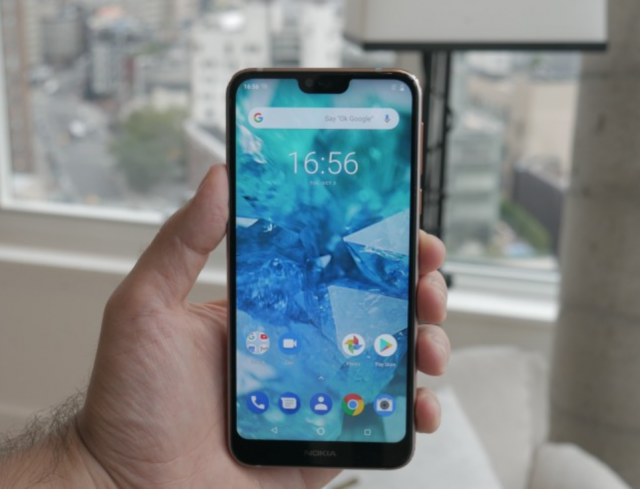 October has been a really busy month for Nokia. The HMD owned smartphone manufacturer has released a bunch of devices at the start of the month, but now, a GeekBench leak is showing us that a new smartphone is scheduled to launch during the upcoming weeks.

The smartphone we are talking about is called Nokia 8.1 and it has just been spotted on GeekBench. With that said, today we are going to check out specs and hardware performance will Nokia 8.1 have to offer.

Smartphone manufacturers who want to test out the performances of their devices do it on GeekBench. This is an online platform that tech companies use to see exactly just how powerful their smartphones are and the best thing about GeekBench is that its records are public and we can see the CPU, RAM, and OS that the said smartphones offers. 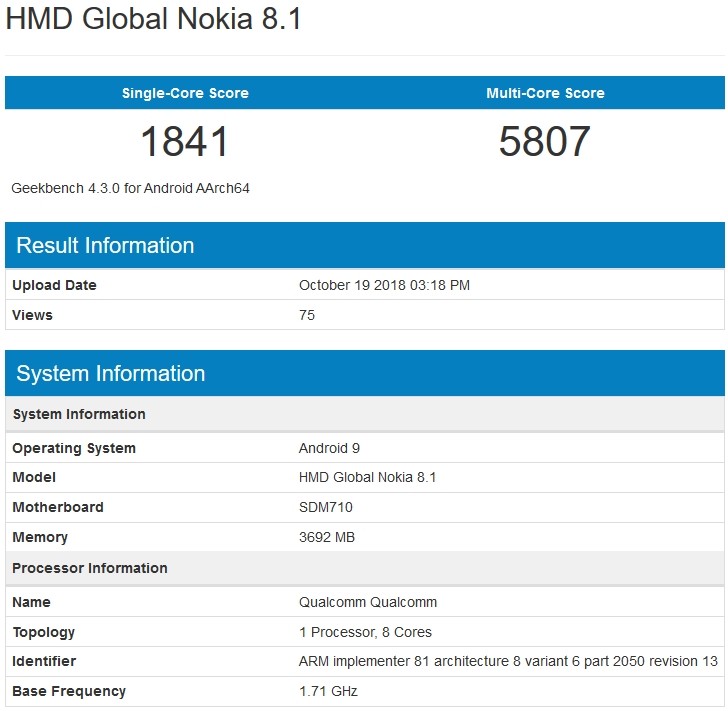 The new Nokia smartphone scored 5,807 points in the multi-core test and 1,841 points in the single-core test. The GeekBench listing revealed that Nokia 8.1 is fueled by an octa-core Qualcomm Snapdragon 710 processor which has a base clock frequency of 1.7GHz. Furthermore, the processor is paired with 4GB of RAM and it uses the 10nm highly efficient manufacturing process.

Another important thing that we need to mention is that Nokia 8.1 runs on Google’s latest Android 9.0 Pie operating system. This is great news for Nokia fans who are considering buying the upcoming flagship smartphone because it means that it will ship with a plethora of features and a premium user experience that only Google’s operating system can offer.

From the looks of it, Nokia 8.1 is shaping up to be a great mid-range smartphone. Nokia 8.1 will not feature outstanding hardware performances, but it will surely make up for that with an affordable price tag.