The Nothing Phone (1) was the first attempt by the company to make a smartphone, and it was introduced to the public one month ago. The company pledged to deliver three major Android operating system updates and a total of four years’ worth of security patches, making it comparable to competitors such as OnePlus and Xiaomi. Having said that, though, fans might have good reason to be concerned in light of the newly discovered material.

Carl Pei, the CEO of Nothing, was asked on Twitter when the firm will provide the Android 13 update for its device. In response, he gave a response that was quite vague, saying that “A product is more than just its specs, features, and version numbers” Most people would say it is an underwhelming answer,  given the fact that it does not offer any information on Nothing’s existing plans for the Android 13 distribution to the Nothing Phone (1).

A product is more than just its specs, features, and version numbers

Even if there is probably nothing to be concerned about – the Nothing Phone (1) will almost certainly acquire Android 13 in the future — this development continues the tradition of Nothing having a very questionable policy on marketing and engagement. For instance, the business updated its official marketing information on the brightness of the display of the Nothing Phone (1) some time ago. This was done in a stealthy manner when evaluation tests discovered that the initial claims were false when applied to real-world usage.

Ever since the phone was launched, the company mostly focused on its unique character when it came to marketing, ignoring many other aspects.

It’s easy to make something. Even easier when it’s just like the thing before it. And the one before that. But like all good things, this one starts from scratch. No notes. No blueprints. No map to find our way back. 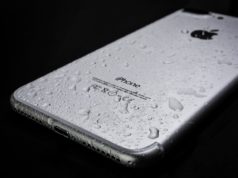