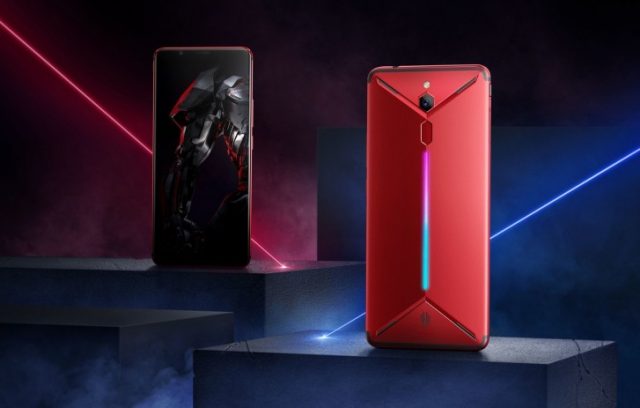 If you are a fan of affordable smartphones that offer powerful performances, then you should be happy to know that a brand-new Nubia smartphone has just been leaked. The smartphone is called Nubia Red Magic 3 and it has just been spotted on 3C’s website. To make things even better, Nubia Red Magic 3 was also spotted on the Lu Benchmark website which reveals two important things to us. The first one is that Nubia is getting ready to launch the smartphone during the upcoming future and secondly, the Lu Benchmark listing reveals the smartphone’s key hardware specs.

First of all, we want to cover the leaked press render of Nubia Red Magic 3 which made a surprise appearance on 3C’s website. As we can clearly see in the picture featured above, Nubia Red Magic 3 will sport a sleek design that is paired with a full-screen design.

From the looks of it, Nubia Red Magic 3 will not feature an innovative pop-out selfie camera like its Chinese counterpart OnePlus 7 and instead, the new Nubia smartphone will feature a display top-notch.

Fortunately for us, Nubia Red Magic 3 was spotted on the Lu Benchmarking website. Tech companies who list their smartphones on benchmarking website practically confirm that they are adding the finishing touches and that the said device will launch in the upcoming weeks. Nonetheless, let’s take a look at the key hardware specs that Nubia Red Magic 3 will have to offer.

The smartphone will be fueled by a 5,000 mAh battery. The size of the battery is massive but this is not the most impressive thing about it. What makes the battery stand out the most is the fact that it’s paired with 30W fast charging. Lastly, Nubia Red Magic 3 will ship with Qualcomm’s latest octa-core Snapdragon 855 CPU that is paired with a whopping amount of 12GB RAM!