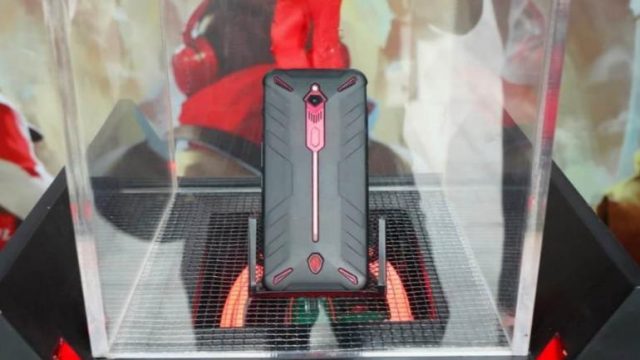 Mobile games used to be frowned upon by PC players but now, times have changed. There are lots of fun mobile games that are being played by millions of people every single day with PUBG Mobile and Fortnite being the perfect examples of this.

With the improvements to mobile games, tech manufacturers have started creating more powerful smartphones as well and therefore, no one should be shocked to find out that Nubia is getting ready to launch a gaming smartphone during the upcoming months.

A new leak surfaced on the web and it gives us a glimpse of what the upcoming Nubia Red Magic 3 is going to look like. This is a pure gaming smartphone designed by Nubia and one of its highlight features is going to be the fan-based aero cooling system that will work similarly to the cooling systems used on PCs and consoles.

As we can clearly see in the picture featured above, Nubia Red Magic 3 is equipped with an incredible design that puts the likes of iPhone X and Galaxy S10 to shame. The smartphone sports a sleek metallic body that looks similar to Xiaomi BlackShark 2.

The reason why Nubia decided to go with a bulky design is because this makes it possible for Nubia to equip the powerful smartphone with an air cooling system.

Since Nubia Red Magic 3 is going to be a pure gaming smartphone, then Nubia has made sure to equip it with Qualcomm’s octa-core Snapdragon 855 CPU. This is the most powerful CPU available for the smartphones and thanks to it, Nubia Red Magic 3 scored a whopping score of 400,000 in the AnTuTu benchmarking website. In addition, Nubia Red Magic 3 will run on the latest version of Android.