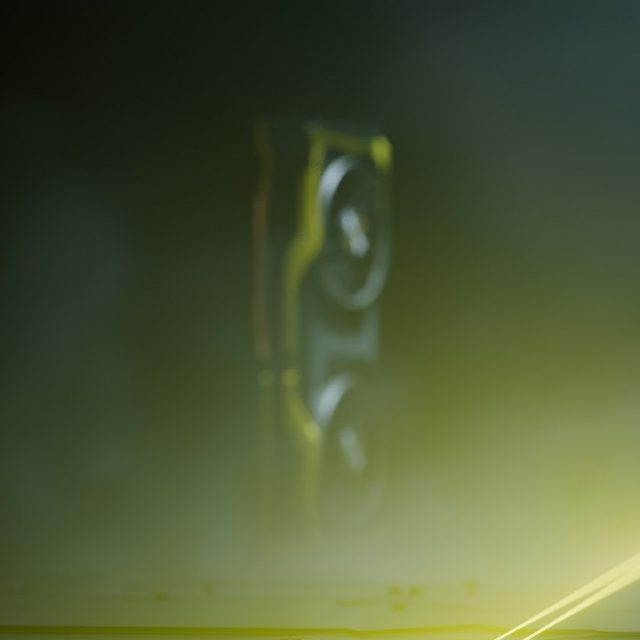 CD Projekt RED’s Cyberpunk 2077 is the most anticipated game of 2020 and there is no doubt about that! This is a futuristic RPG and the expectations for it are through the roof. The reason behind this is that all the teased gameplay footage from Cyberpunk 2077 is leading us to believe that the game has what it takes to raise the quality standards of the entire gaming industry.

Another thing that we know about Cyberpunk 2077 is the fact that the game will require powerful hardware specs to run at high settings on a PC. This is why it shouldn’t come as a shock to anyone that NVIDIA has decided to tease a special edition of GeForce RTX 20-series GPU.

The picture featured above was posted by NVIDIA on Twitter yesterday and Cyberpunk 2077 fans have been going crazy about it ever since. The Twitter post came with the following cryptic message “Stay tuned…”. From the looks of it, the graphics card teased by NVIDIA is none other than the GeForce RTX 20-series GPU.

The picture is blurry and we can’t really see the full Cyberpunk 2077-themed design. However, the fan placement is similar to the standard version of GeForce RTX 20-series. NVIDIA has been teasing a new GPU line-up called Ampere and GeForce RTX 20-series might be featured in it.

Why is Cyberpunk 2077 So Highly-Anticipated?

As previously noted, the expectations for Cyberpunk 2077 are through the roof! CD Projekt RED is feeling the pressure and this is why it has postponed the launch date of Cyberpunk 2077 from April to September. This might be upsetting for some fans, but it’s always better to wait a couple more months and access a finished and polished product.