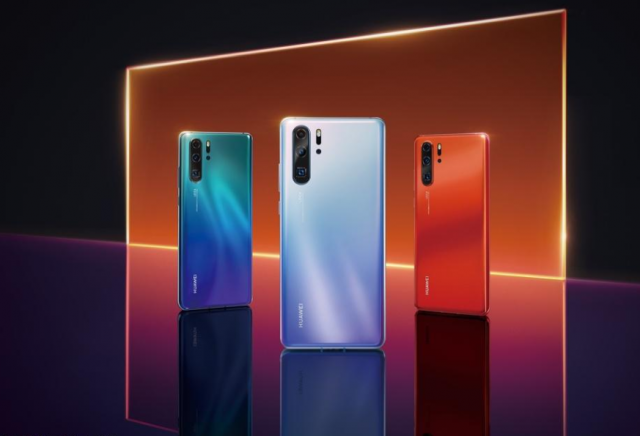 If we take a look at the latest leaks in the smartphone industry we are going to come to the conclusion that Huawei is not the best at keeping secrets. The Chinese based tech giant is scheduled to launch two new smartphones on April 5th but new information about them such as their prices keeps leaking every single day. The new smartphones are called P30 and P30 Pro, and we got lucky and their official marketing image has been leaked. With that said, let’s take a closer look at the leaked picture and see what features we can spot out.

The leaked P30 and P30 Pro marketing material shows us that the new smartphones will be available in three colors. Huawei P30 and P30 Pro will ship both with a triple-camera setup mounted on the back that features Leica lenses.

Another important feature that is confirmed by the newly leaked picture is that the two smartphones will not feature a rear-mounted fingerprint scanner. This means that P30 and P30 Pro can be unlocked via an in-display fingerprint scanner and facial recognition technology that comes as a courtesy of the ToS sensor in the selfie camera.

As previously mentioned, the price tags of P30 and P30 Pro have recently been leaked. The two smartphones were listed on Amazon and that is where saw that P30 Pro will have a starting price of 999 Euros that goes up to 1024 Euros for the 128GB model. Even though P30’s price wasn’t listed on Amazon, we believe that the smartphone will be only $100 cheaper than P30 Pro at most.